Hey everyone, I’m back! After being forced to take the past week off from blogging because my computer went kaput, here I am, back with a shiny new laptop. Not that you can tell the difference from your end, but I really splurged and bought myself a nice one! Still learning the ropes of using a Mac versus a PC, but I think I can handle it.

I’ve got a lot of really cool posts lined up for you for the next few weeks, but here is what has been going on in my little life this past one. First up, we got an amazing farm tour of Willow Witt Ranch. I’m actually going to do a whole blog post on this in the near future, so I won’t go into too much detail now, but seriously you guys, this place is awesome! Here is beautiful Carlo the goat. 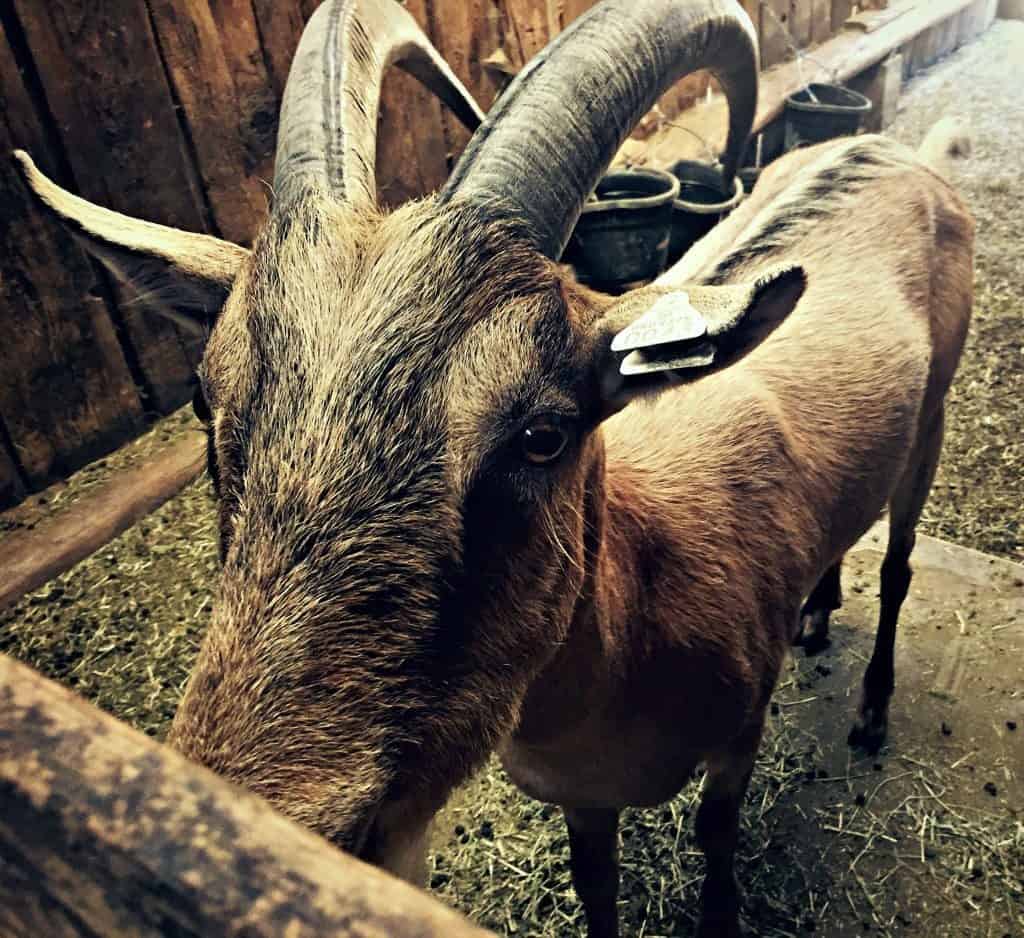 The animals on this farm are sure loved, that much is true! On our way home, going down the mountain road, we saw a small black bear! He crossed the road right in front of us then stared at us for a few minutes. We tried to get a picture, but they all turned out pretty blurry. I haven’t seen a bear since I lived in Yosemite, so this was a nice treat!

We did see some very sweet baby deer in a park, though. Don’t worry, their mom was close by. 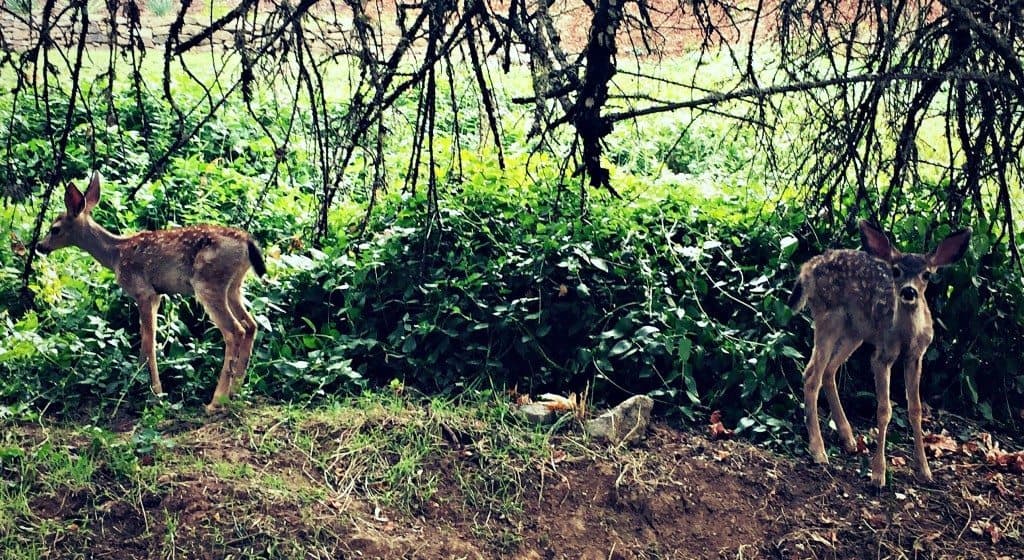 We went out collecting more elderberries one day, because I will need them to make elderberry syrup. Hopefully I can collect enough to make wine! 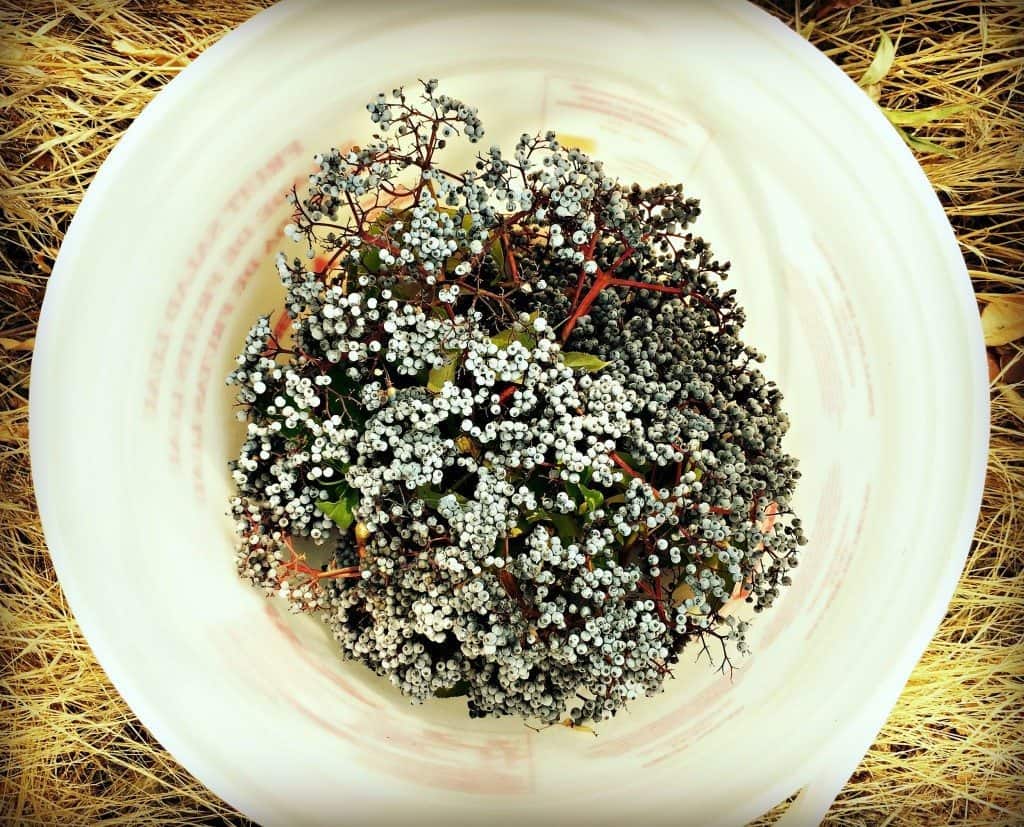 Things are growing well in the garden, we harvested some beets the other day. Here they are in the veggie collecting basket (I guess it’s called a hod) that Joel built. 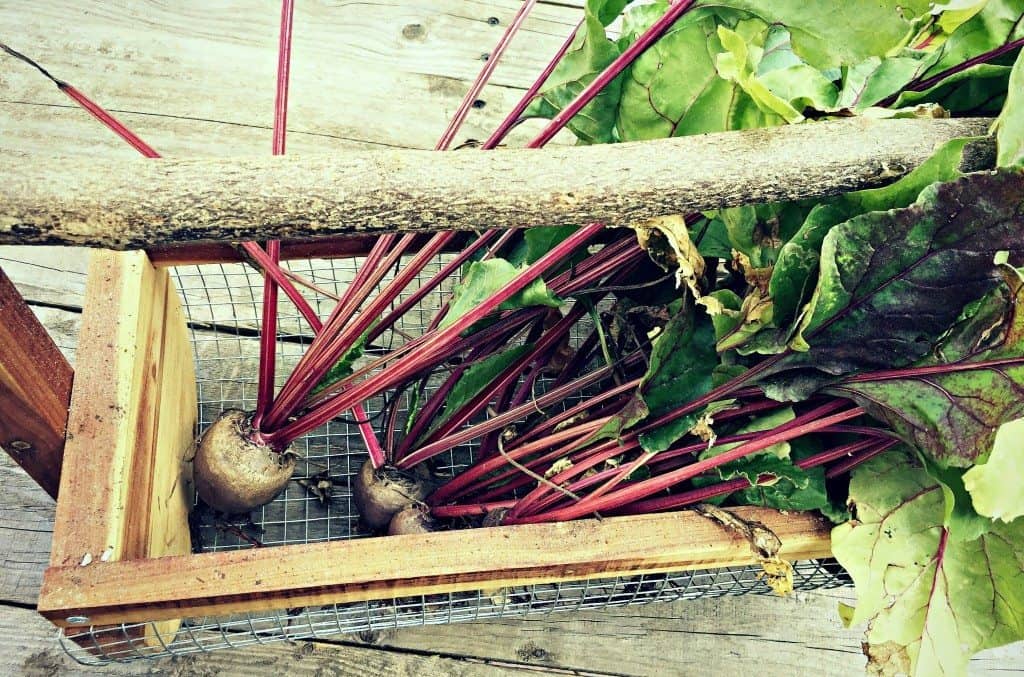 He took photos when he built the hod, so I’ll probably write up a post on that soon!

The spaghetti squash in the permaculture swale bed are doing well, we even have a rogue vine that is climbing up the hill with a squash on it! 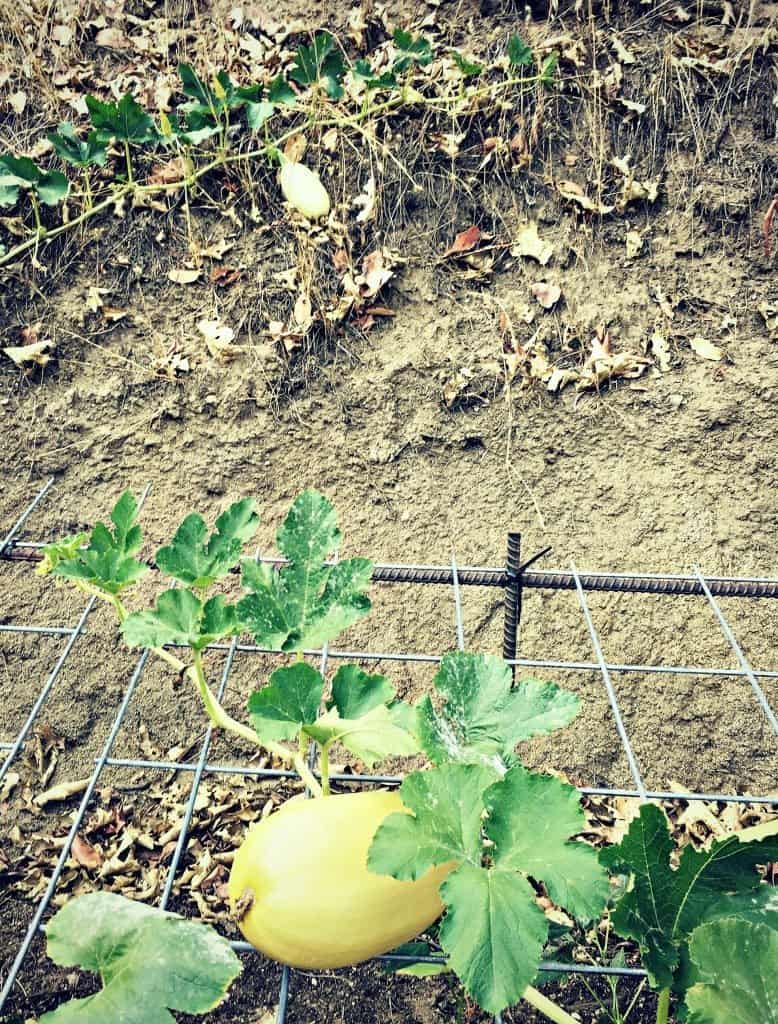 Can’t complain about that! I love all types of winter squash, and they store well for a long time. We’re finally getting a few baby acorn squash as well. 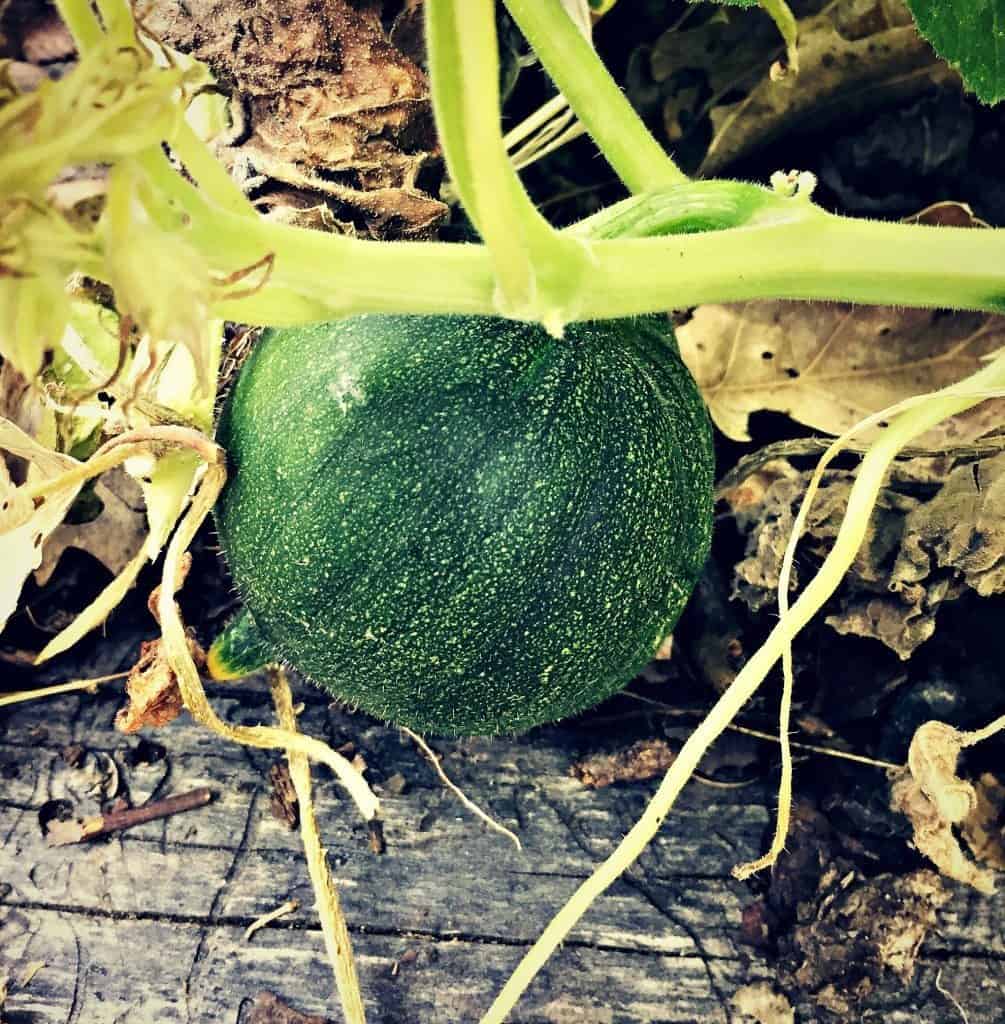 The pickling cucumbers are starting to ripen as well. I hope I get tons of these, because I want to make lots of pickles! This guy looks like he wants to be a pickle, doesn’t he? 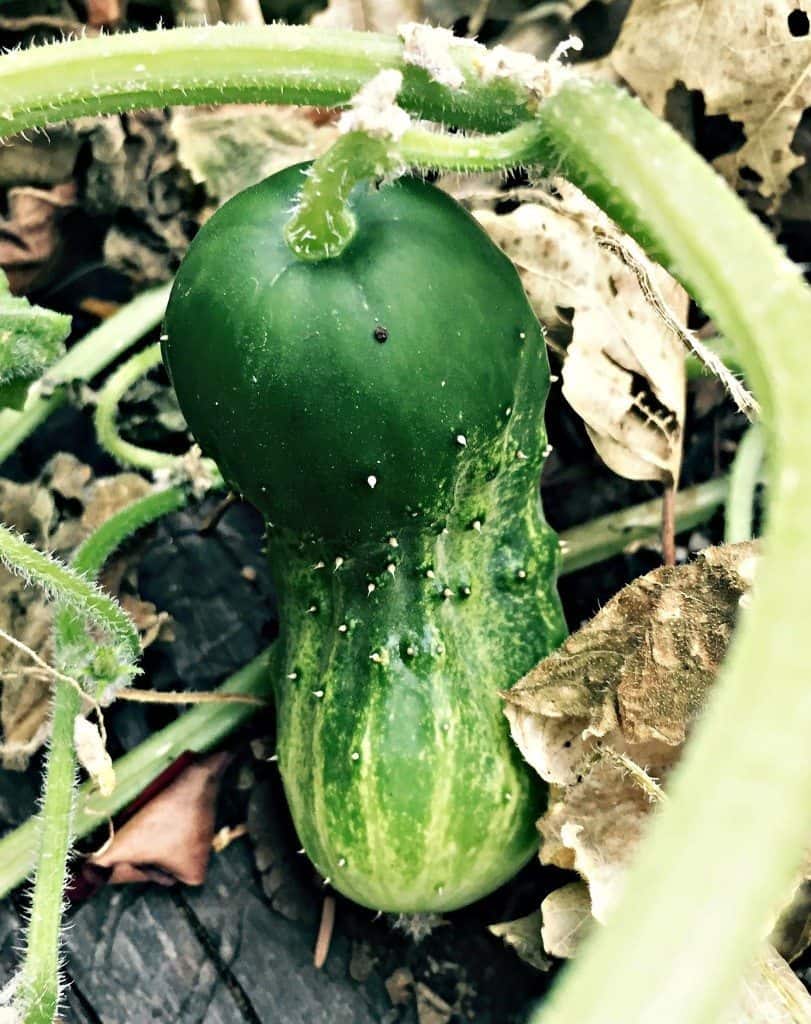 The amaranth is really flowering now, and it is quite beautiful. I can’t say enough about this plant as it gives you edible greens, seeds, and is absolutely gorgeous! 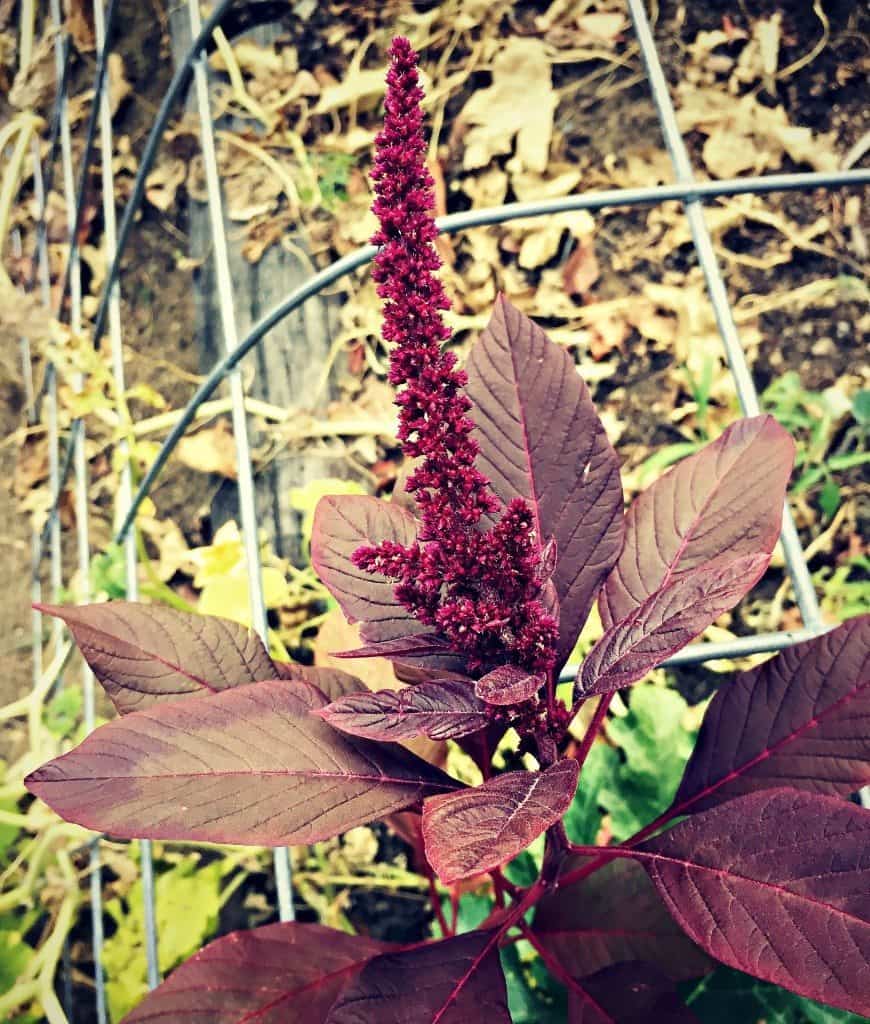 The blackberries are coming along, although we still have quite a few red ones. They will definitely  be around for several more weeks, which is fine with me! We picked a bunch yesterday and made a pear and blackberry crisp, which was divine (with vanilla ice cream, of course!). 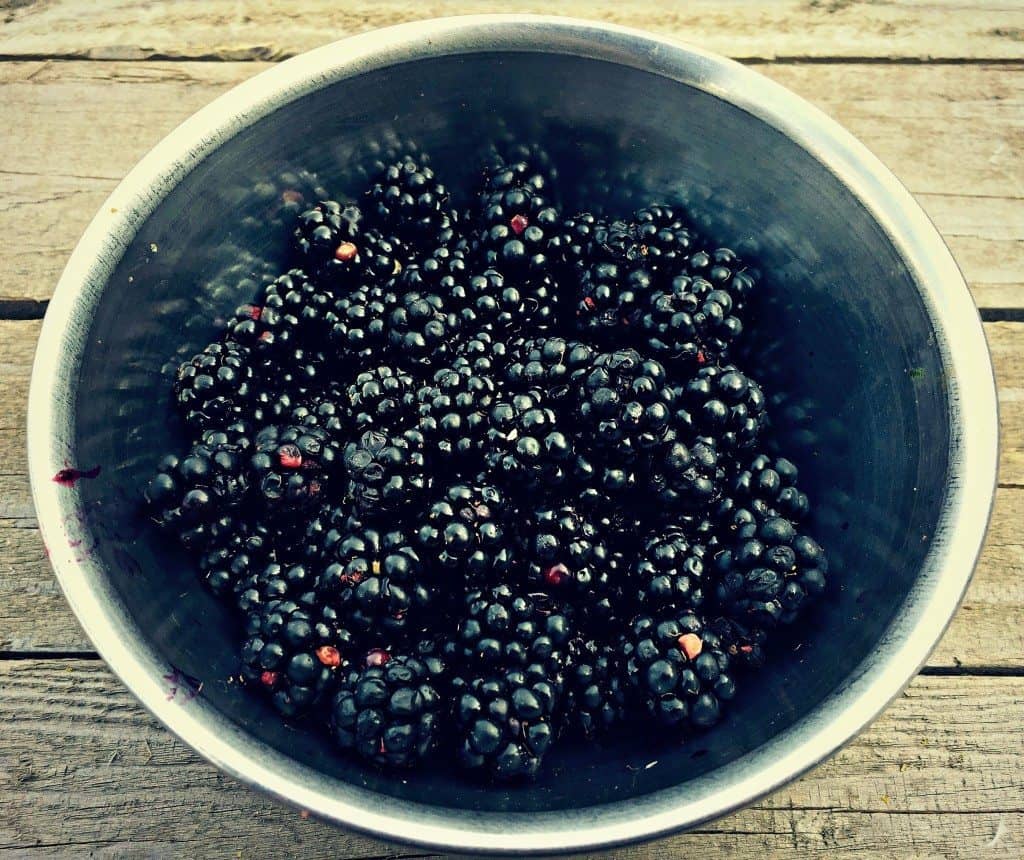 Last, but definitely not least, we’ve discovered that Cosmo the Kitten is not only not afraid of water, but he actually seems to like it! Every time we’re watering the plants with the hose he wants to be right there and sometimes he even goes right through the water stream! He even likes to drink water straight from the hose, I kid you not. 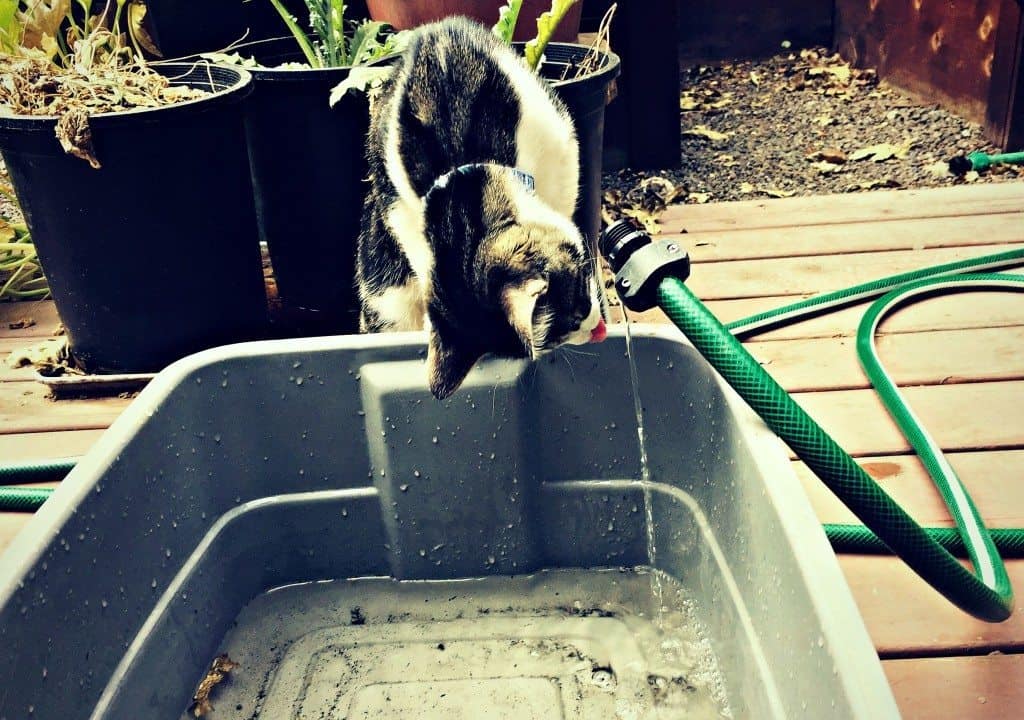 This is one silly kitten, but we really love him!

That’s about it for this week, goats and a cat that likes water, ha! Stay tuned for some cool posts I have lined up for next week! Hope you all have a great weekend!