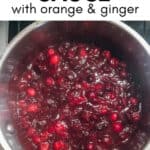 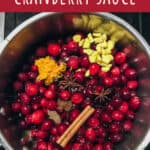 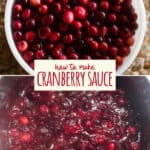 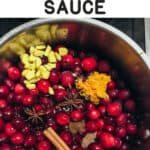 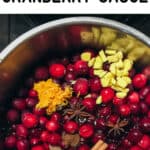 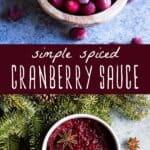 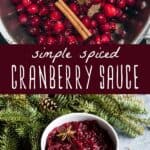 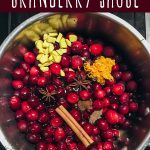 With the holidays just around the corner, I really want to share with you my simple spiced cranberry sauce recipe! It is made with honey and isn’t too sweet, which is just how I like it. The orange, ginger, and spices give it a wonderful and festive flavor. This is the perfect simple cranberry sauce to whip up for any holiday celebration! 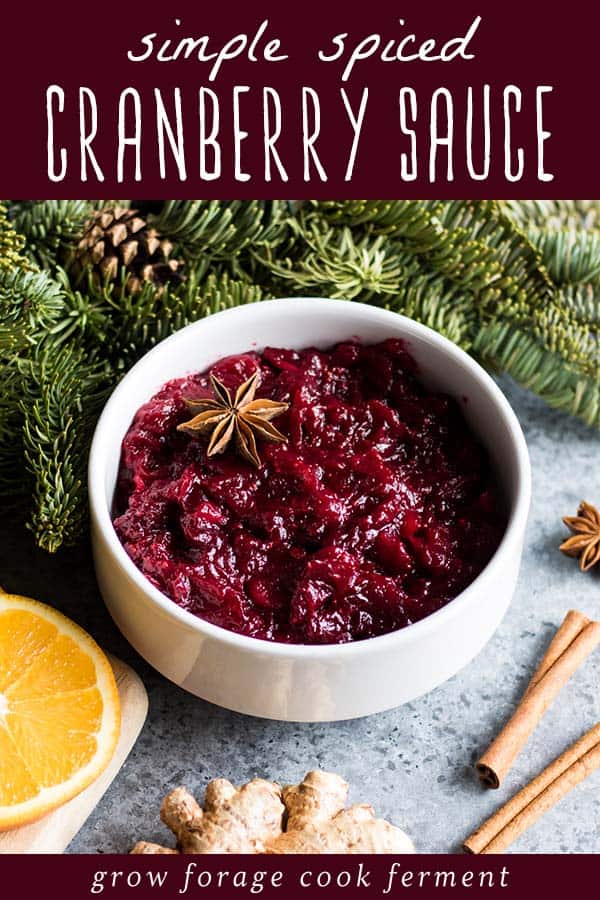 What Spices to Use in Cranberry Sauce

I love adding in herbs and spices in whatever I make, and cranberry sauce is no exception! Here are some great spices to add to cranberry sauce to make it even more special:

My favorite place to get bulk herbs and spices is Mountain Rose Herbs! 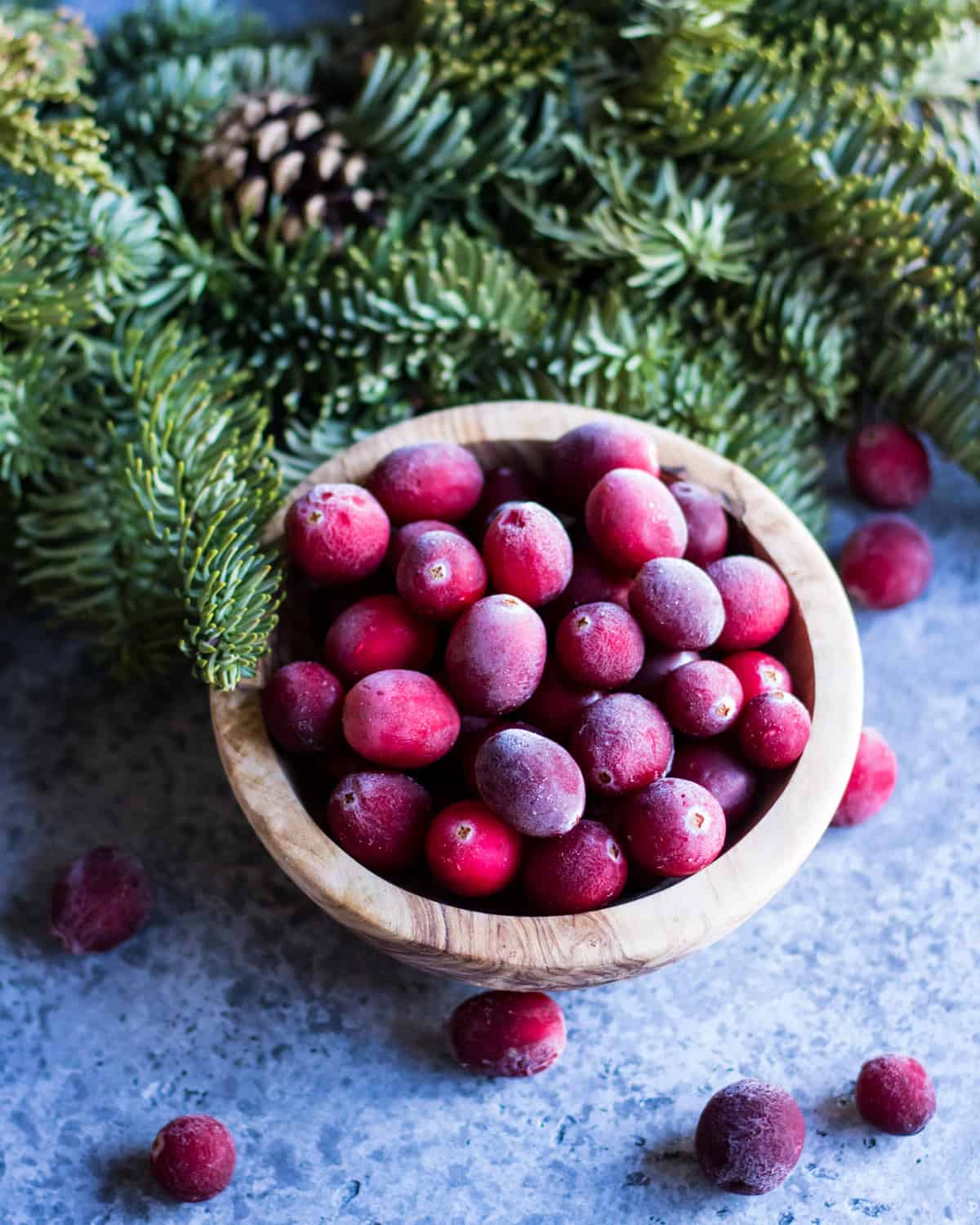 You won’t believe how easy it is to make these spiced cranberries!

Simply add a 12-16 ounce bag of whole cranberries, zest and juice from one orange, minced ginger, honey or maple syrup, one cinnamon stick, two whole star anise, ground cloves, ground allspice, and a pinch of salt to a pot.

(If you want to make it a little bit boozy, add in 2-4 tablespoons of bourbon, brandy, whiskey, or even rum to the pot. Yum!) 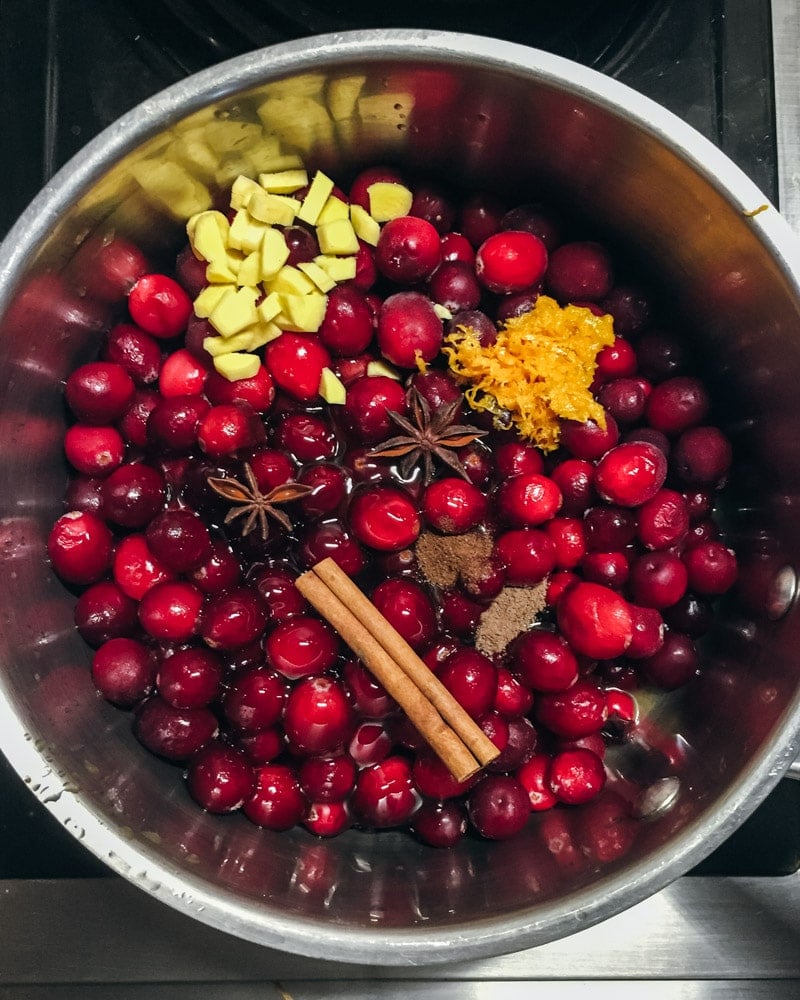 Bring to a boil, then reduce the heat and simmer for about 30 minutes, or until most of the cranberries have popped and the sauce has thickened. 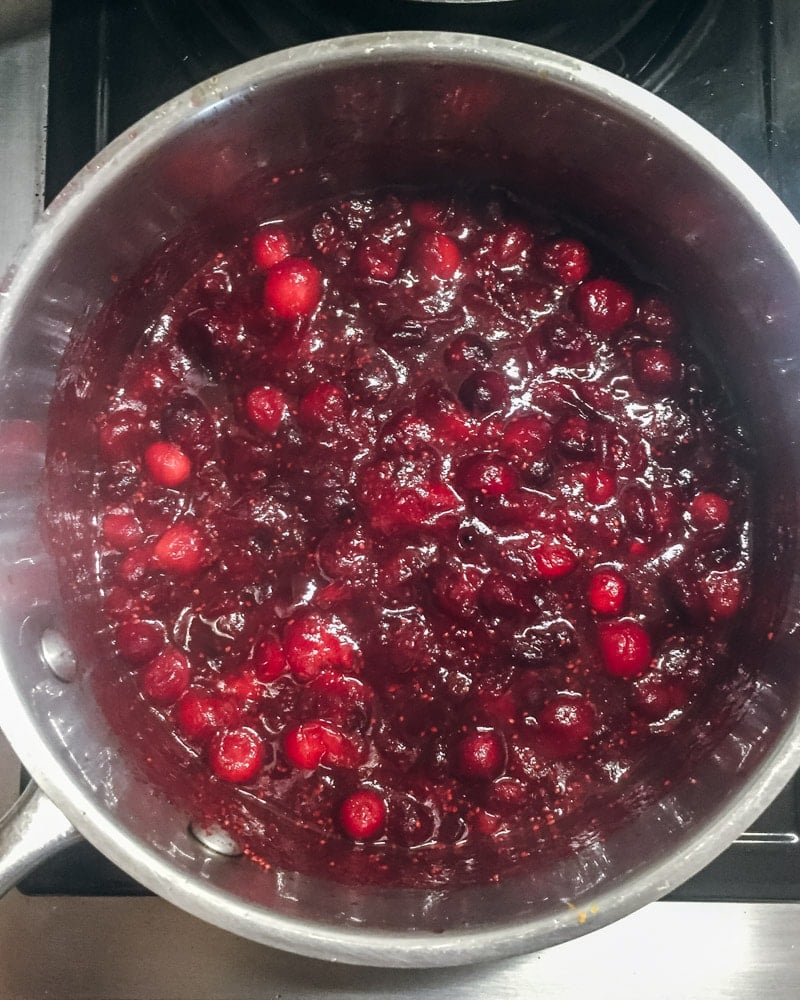 Turn off the heat and let cool for a bit, then refrigerate until ready to serve. Remove the cinnamon stick and star anise before serving. 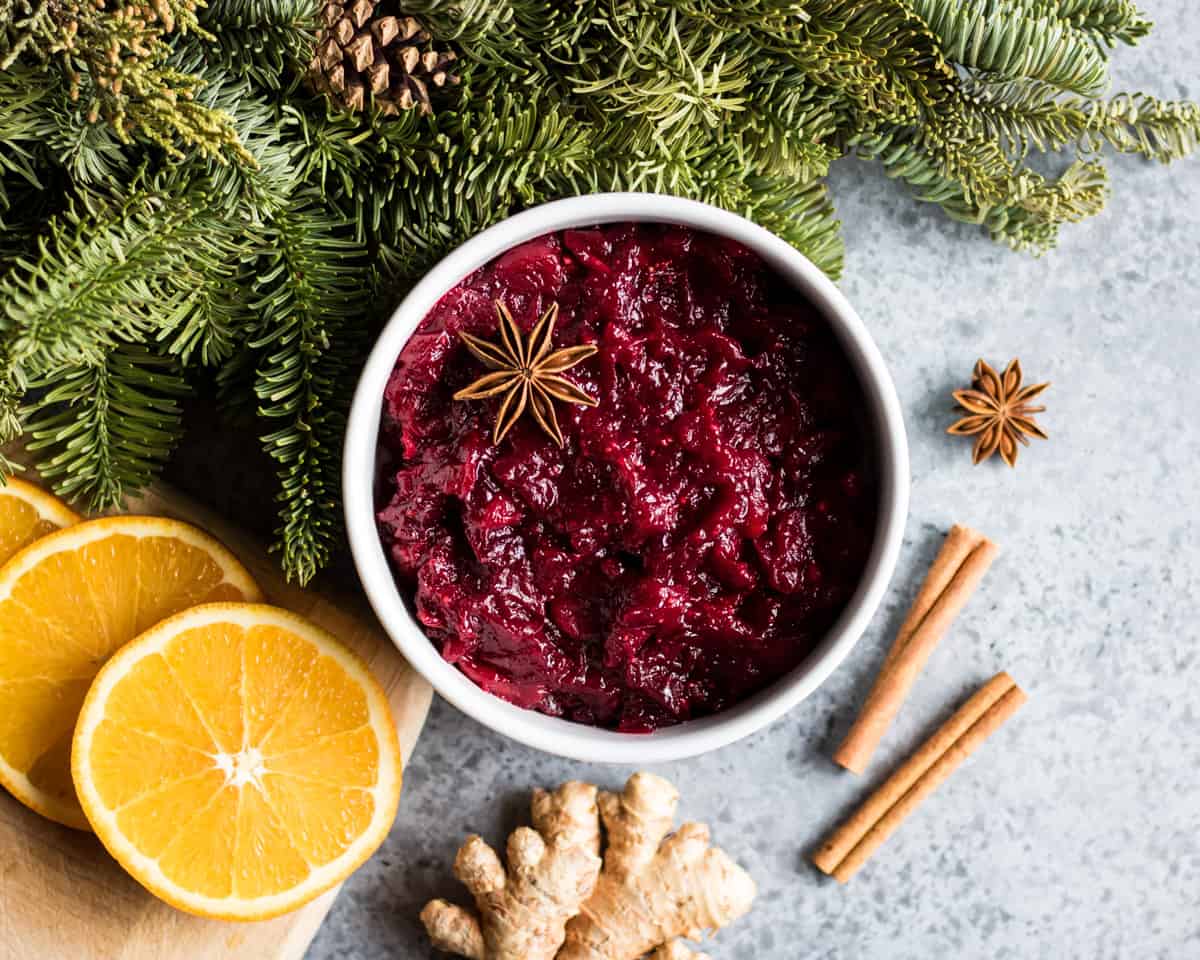 And that’s it! It is simply the easiest and most delicious cranberry sauce I have ever made. I make it every year without fail! Even my two year old loves it, so it’s kid approved! 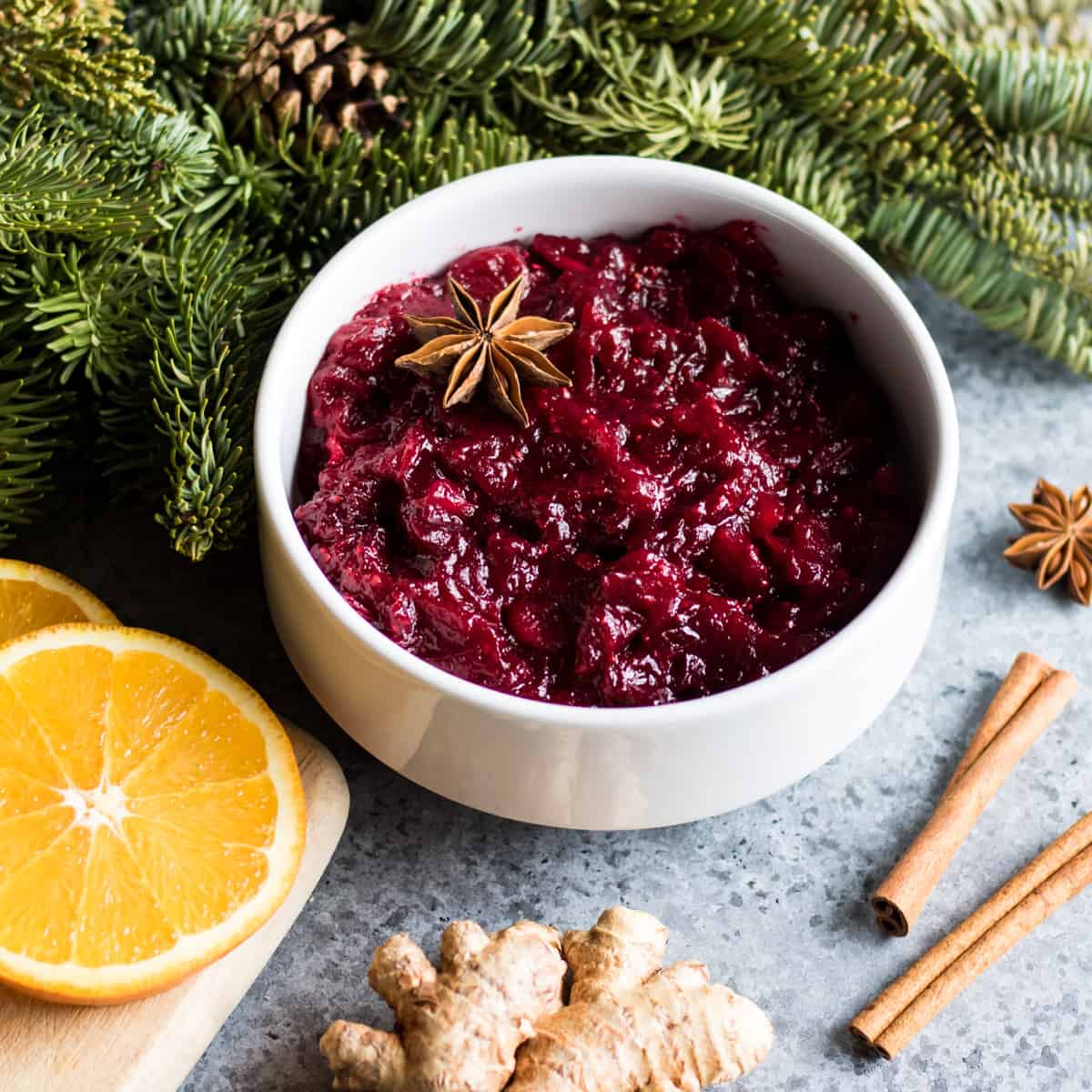 I have two other popular cranberry recipes, both are fermented versions that take a few weeks before they are finished (and they are both delicious!): 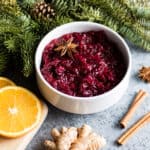 To make it a little bit boozy, add in 2-4 tablespoons of bourbon, brandy, whiskey, or rum to the pot before cooking.