Wow, just like that Halloween is over and we’re squarely into fall. It seemed to take a while to get here where we are, but now we’re getting some pretty darn cold nights. We haven’t had a hard frost yet, but it’s coming soon. The extended summer did bring us more production from our garden than we expected, which was a nice surprise! Here is the last of our summer produce, just harvested a few days ago. 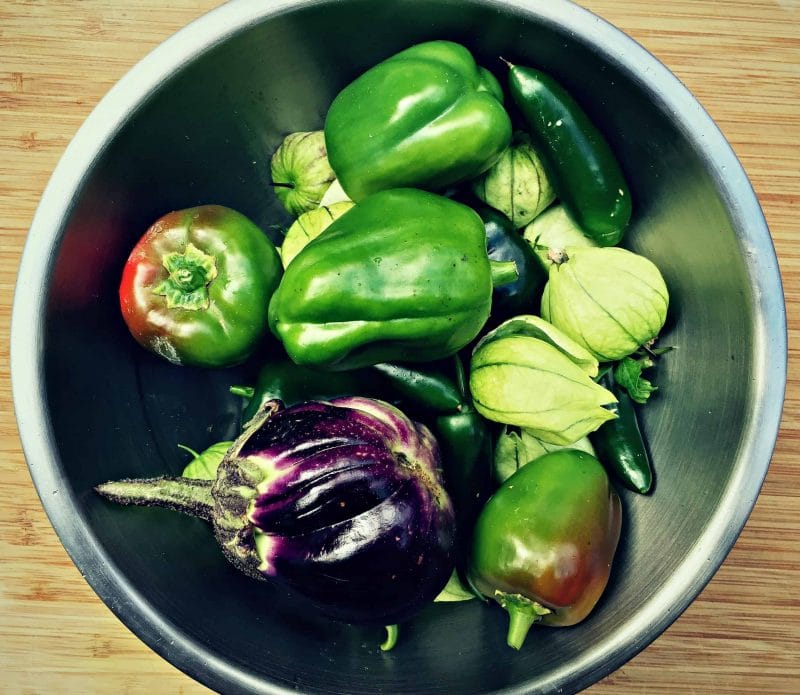 We decided to finally pick the single little eggplant as it really wasn’t growing much at all. A few peppers were still hanging on, and we did finally get a few tomatillos. We also brought in a whole bunch more green tomatoes, which will probably end up becoming lacto fermented green tomatoes. We left the orange cherry tomato plant in the ground as it’s still producing tomatoes that are actually ripening! We’ll let that one go until the freeze comes.

Joel also cleaned up most of the permaculture swale bed.

He found the last of the potatoes that were hiding in there. 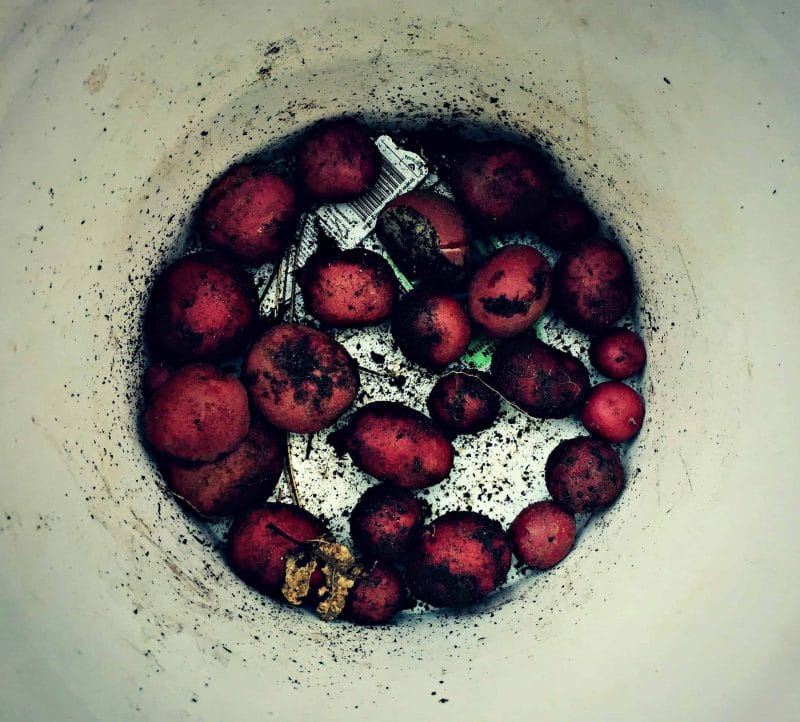 He also moved all of our herbs in pots (and a random baby fig tree) into the raised beds and surrounded them with composted soil to help keep them warm.

Our little fall garden is coming along nicely as well. We have some legitimate cauliflowers forming. 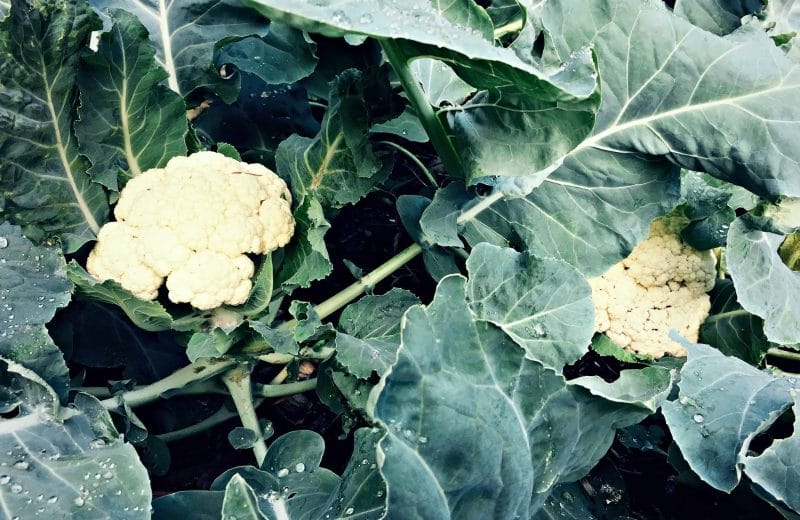 We were even able to harvest one this past week! 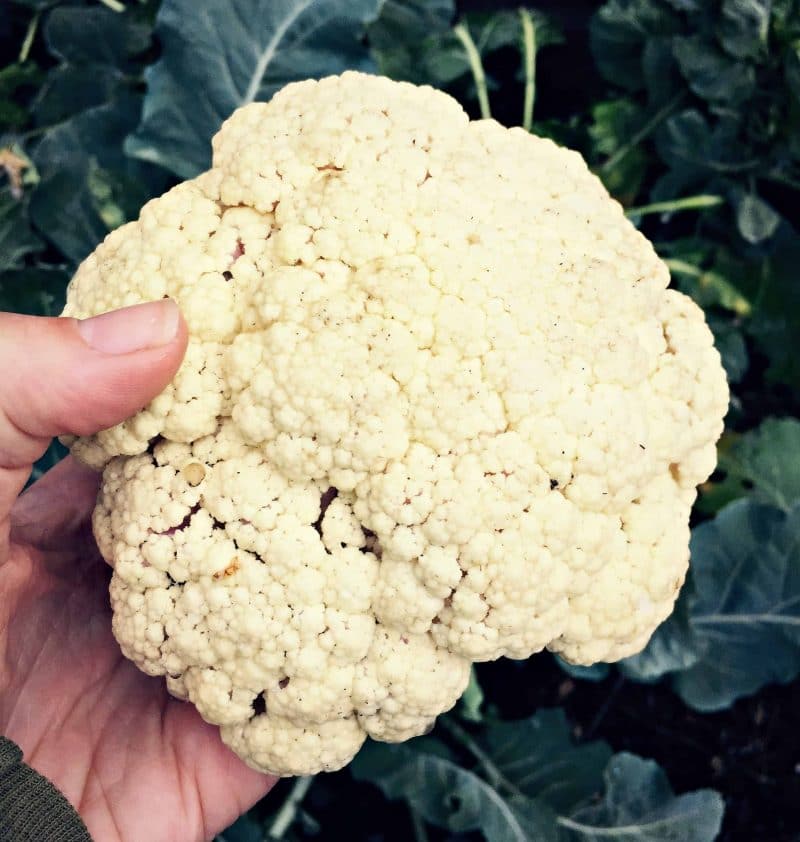 The most exciting thing is the Brussels sprouts! I was sure that our plants weren’t going to do much, as I’ve never had luck with them. But, I’ve also never tried growing them in the Pacific Northwest. Here is what I saw today when I inspected them a little further. 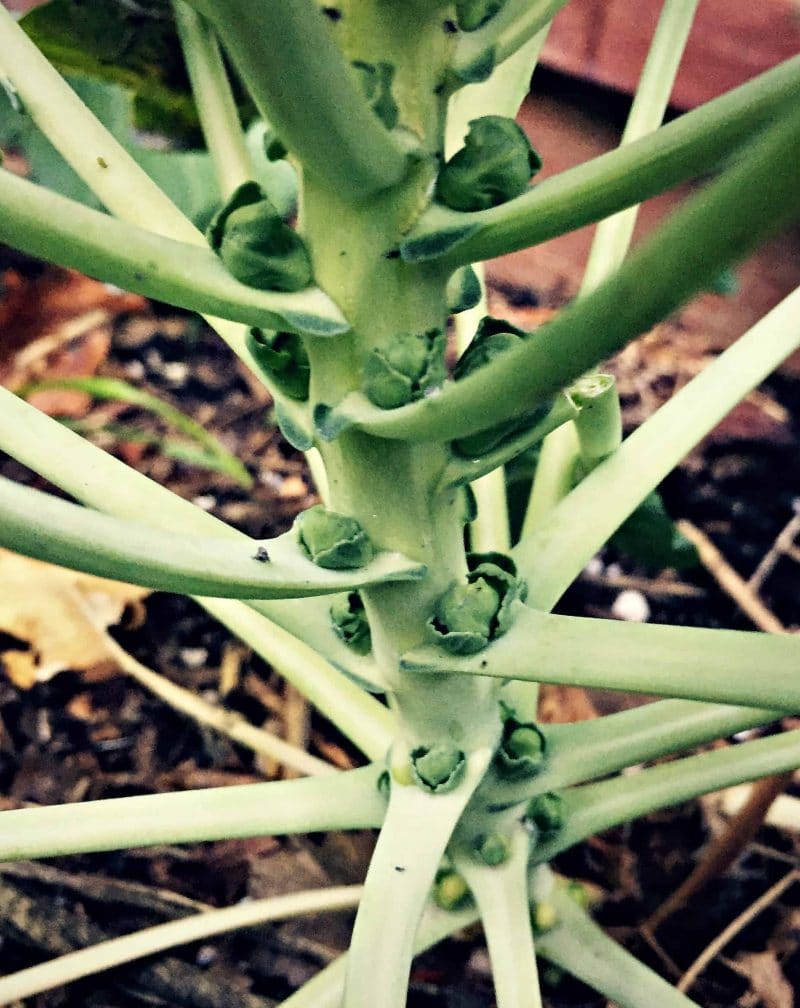 You can’t even imagine my excitement over this! Yes, I get crazy excited over tiny Brussels sprouts.

Even Cosmo the kitten loves the fall garden. I don’t think he’s as excited about the Brussels sprouts as I am, but he humors me anyways. He likes hanging out by the broccoli. 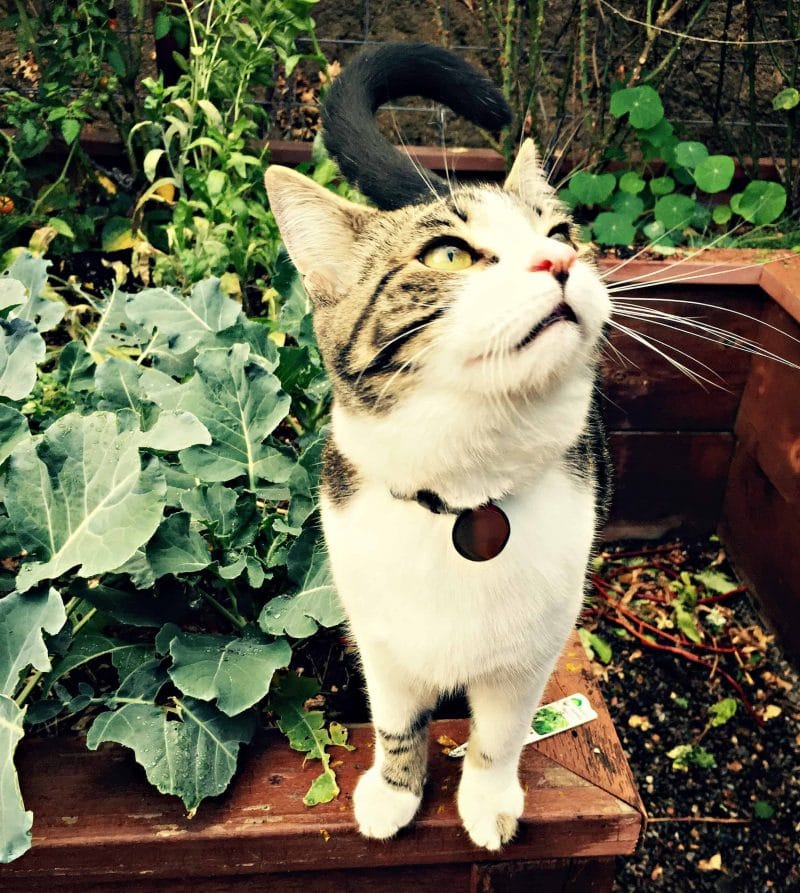 I’m also in the beginning phase of a big and exciting project, and the first step is to make a fairly large amount of infused herbal oils. Here I have calendula, comfrey, yarrow and plantain. 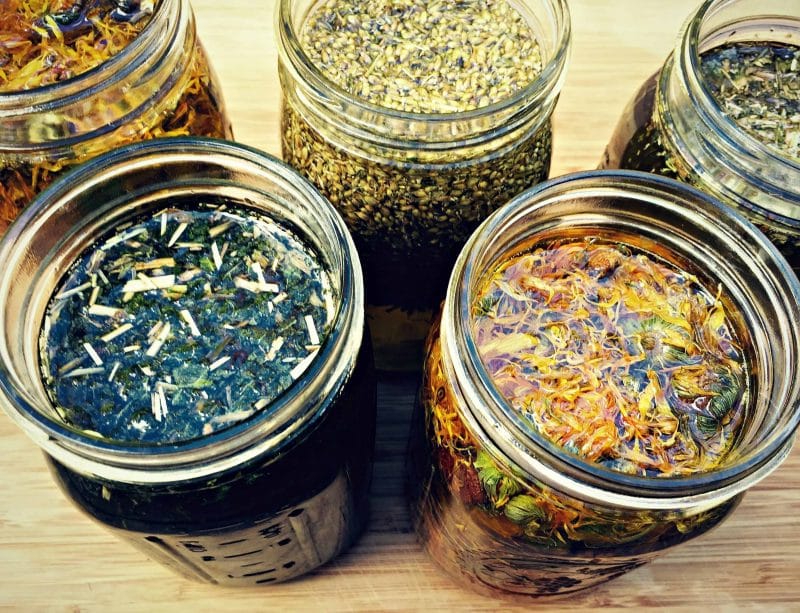 I will be divulging my project to you all soon enough, so stay tuned. Look at how pretty the calendula flowers are in this oil, though. 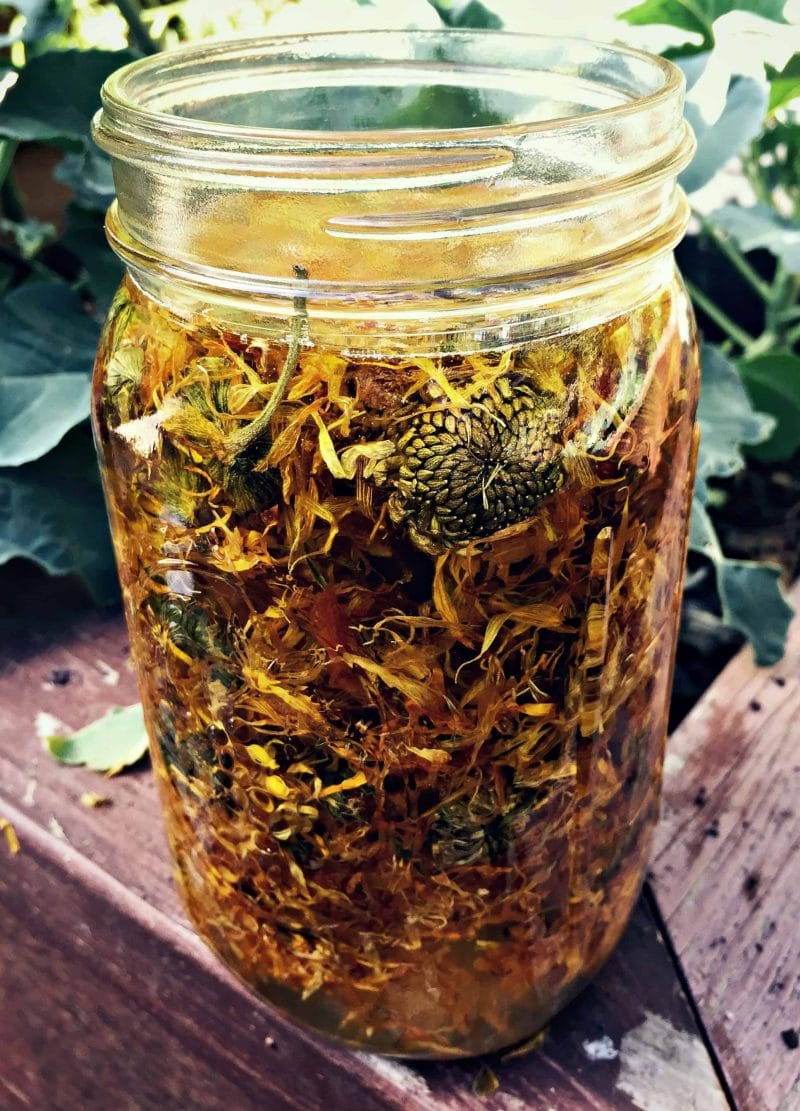 And that’s about it for this past week, Brussels sprouts and herbal oils. I can’t complain about that! I hope you all have had an awesome week as well. Happy end of daylight savings time and enjoy the cool and crisp nights!