Happy Halloween everyone! Hope you all have a spooky day today. I don’t have any jack-o-lantern pictures for you, but I do have this beautiful orange calendula flower that recently opened. Can you believe that we’re still getting flowers? I sure can’t, but I love it! 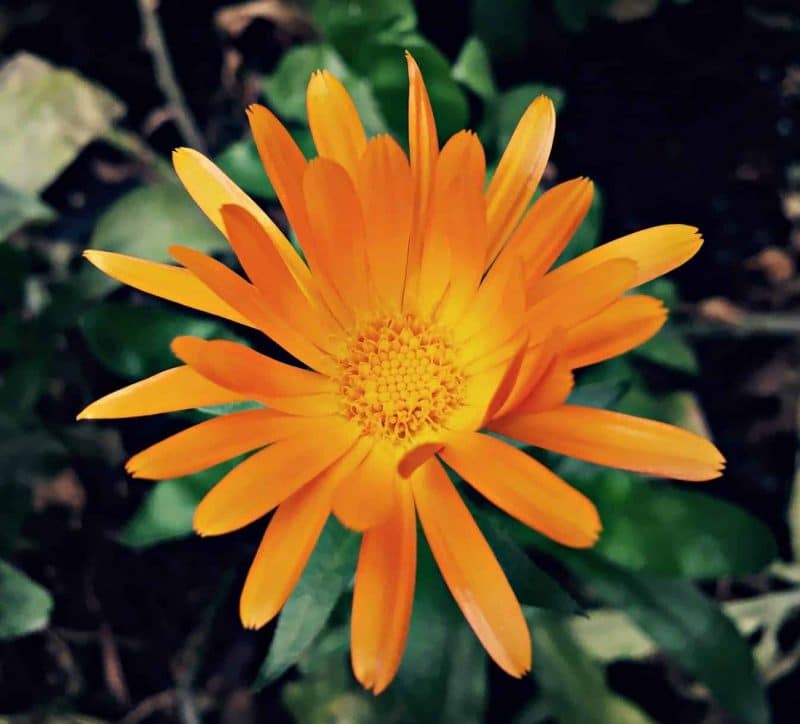 We also have a few pretty decent sized cauliflowers on our hands. What a treat (haha!) the fall garden is! I would take cauliflower over candy any day… unless it’s my no bake pumpkin coconut cups that is! 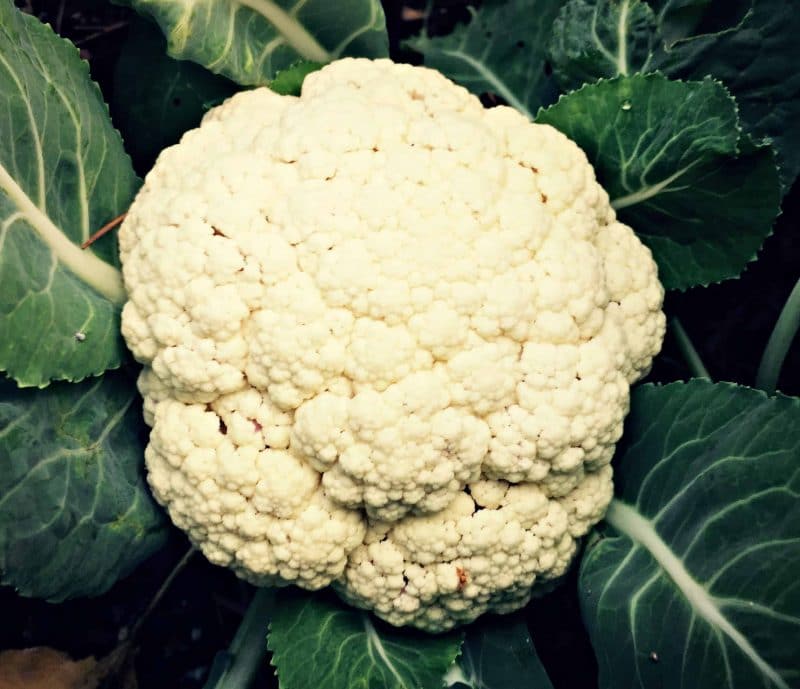 The broccoli and Brussels sprouts are slowly coming along as well, and that’s about all we have left of the garden, save for a few green tomatoes and the chard that won’t quit.

Earlier on the in week we took a road trip up to the Portland area where we went on an absolutely gorgeous hike in the coast range towards Tillamook. This picture is my happy place. 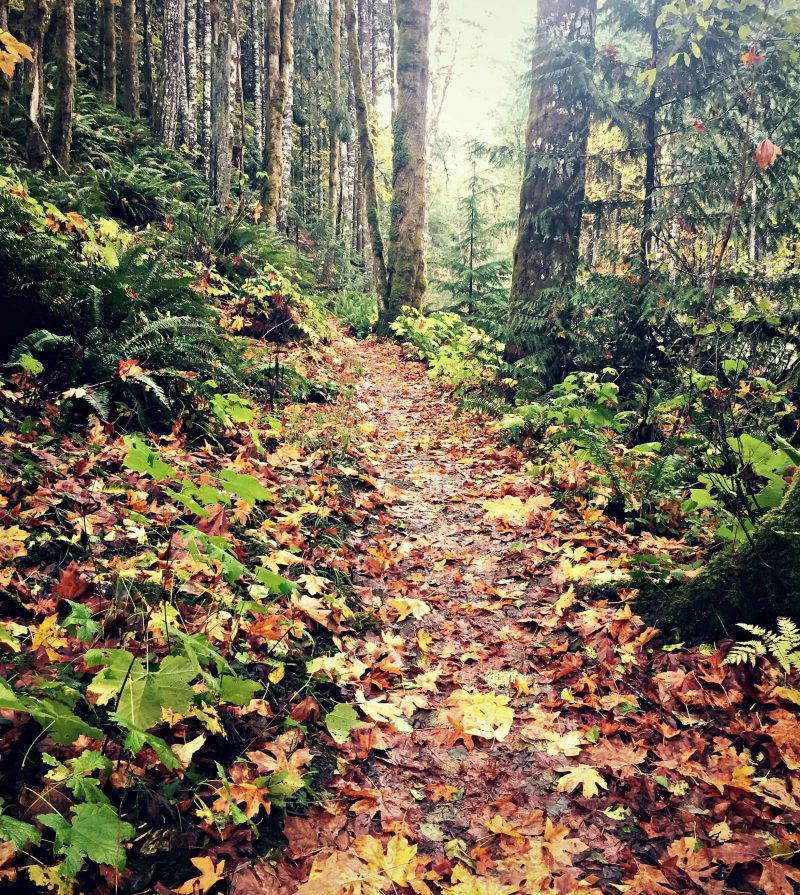 The fall colors were in full swing and the forest was full of ferns, mosses, lichens, hemlocks and maples. The Pacific Northwest is a temperate rainforest, and sometimes I felt like we were in the Jurassic era or something! We came upon this huge fallen tree that has now become what is called a nurse log for other plants. It was totally covered, you can barely even see it. 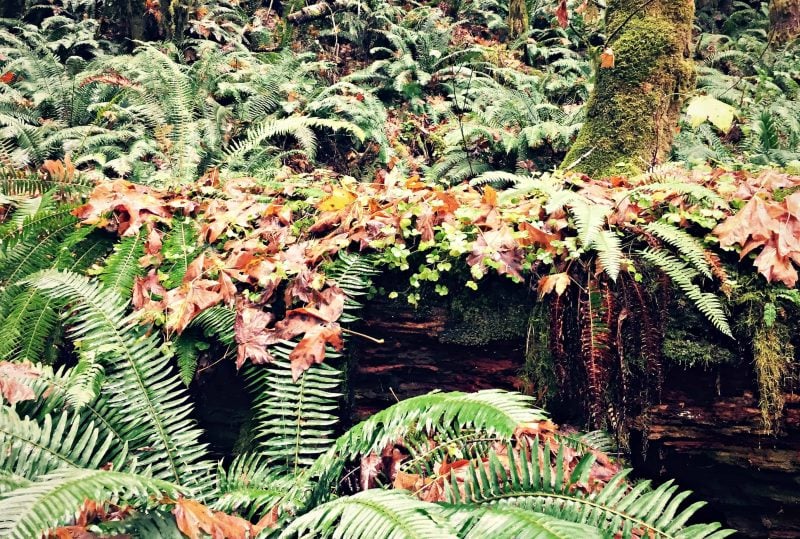 There were also large patches of wood sorrel, which is an edible plant that has a slightly sour and lemony taste. It does have high levels of oxalates, however, so shouldn’t be consumed raw in large quantities. 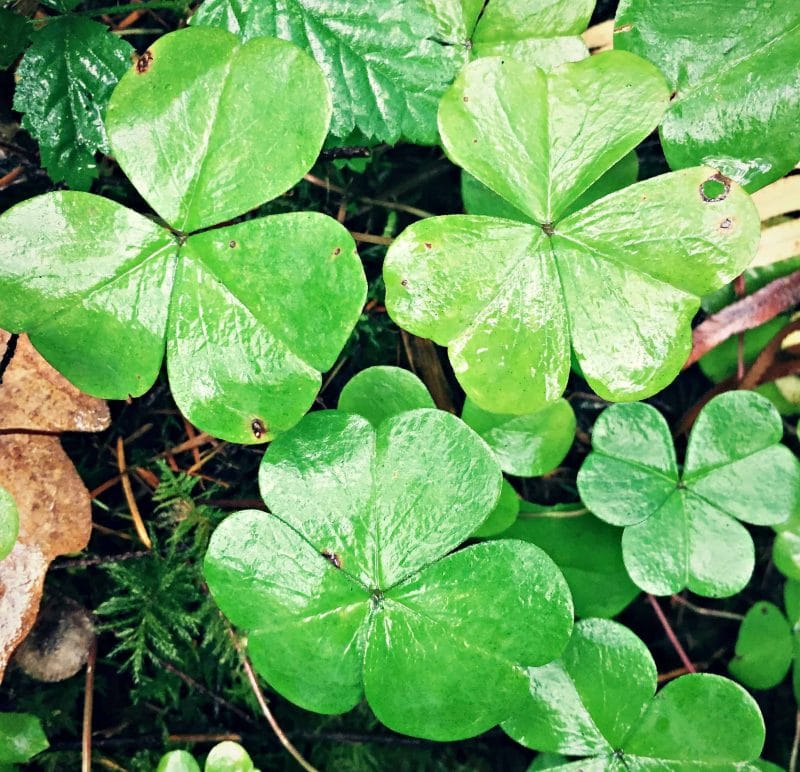 Now let’s talk about mushrooms. Of course, we went on this hike hoping to find some edible mushrooms being that this is the time and place for it. And mushrooms we did find, many in fact, including a few chanterelles! That got us really pumped up! Here are some of the rest of what we came across, and this is only a partial account as we didn’t take pictures of all of them (or the pics we did take didn’t turn out good). First up is this cool fungus that was growing right on the end of a cut log. 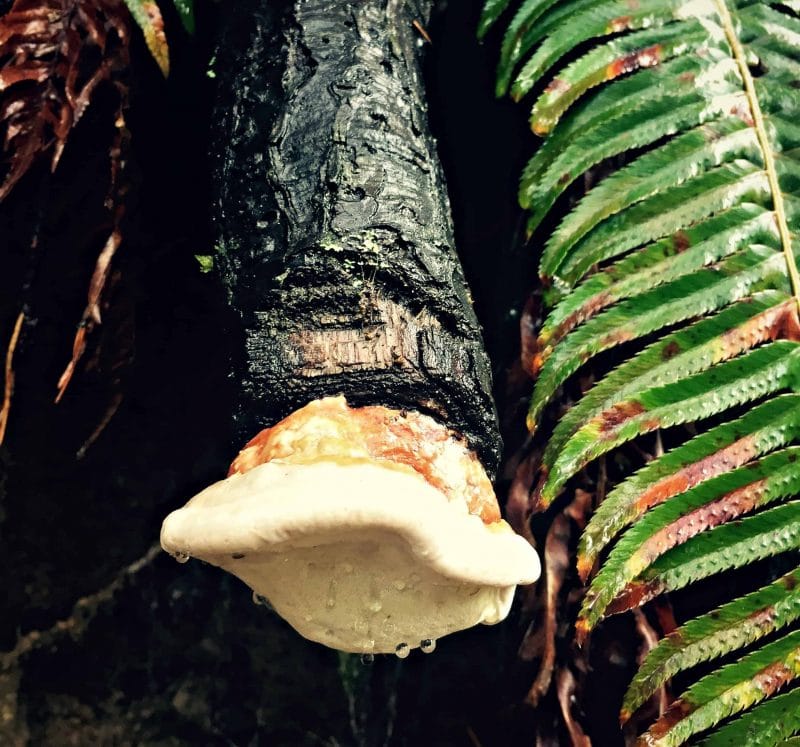 You can see how damp everything was by the water droplets on this shroom! I guess I should also mention that I have no idea what any of these mushrooms are or if they are edible or not (probably not in most cases). The chanterelles I was certain of, but they are super easy to identify. We also came across what we thought was a bolete, which is another edible and tasty shroom, but we weren’t totally sure so we left it. 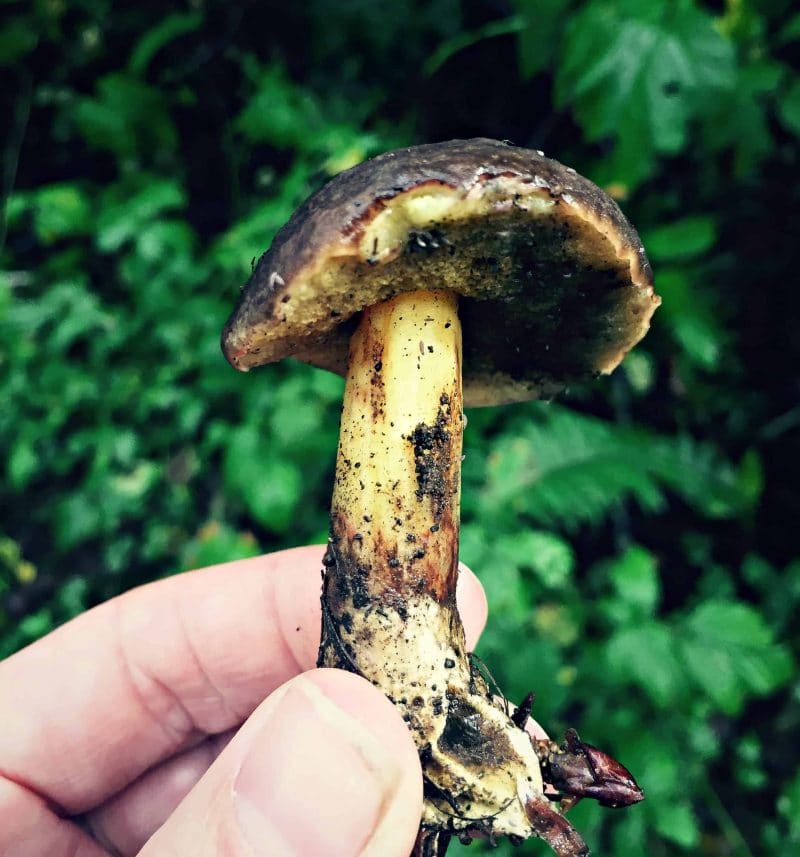 The boletes we’re used to finding are usually much larger than this, but there are many different varieties so it could be. What do you think?

We found some very small mushrooms. 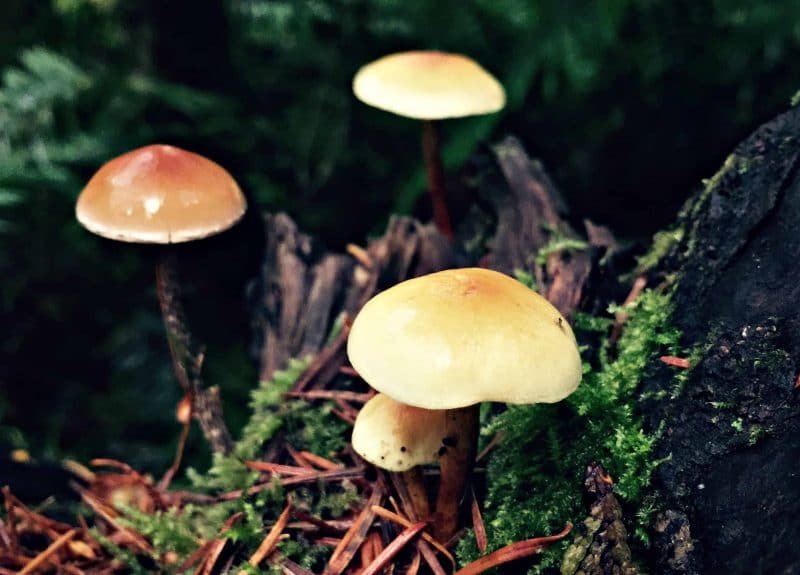 And some rather large mushrooms. 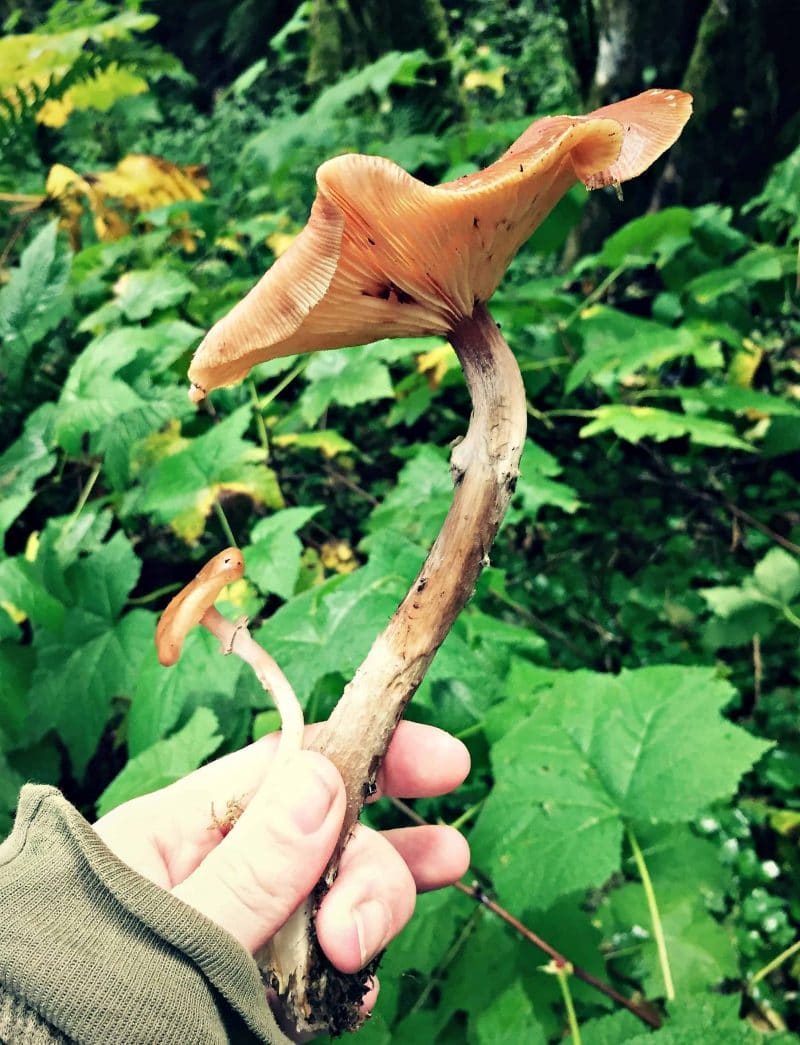 And huge patches with tons of mushrooms! 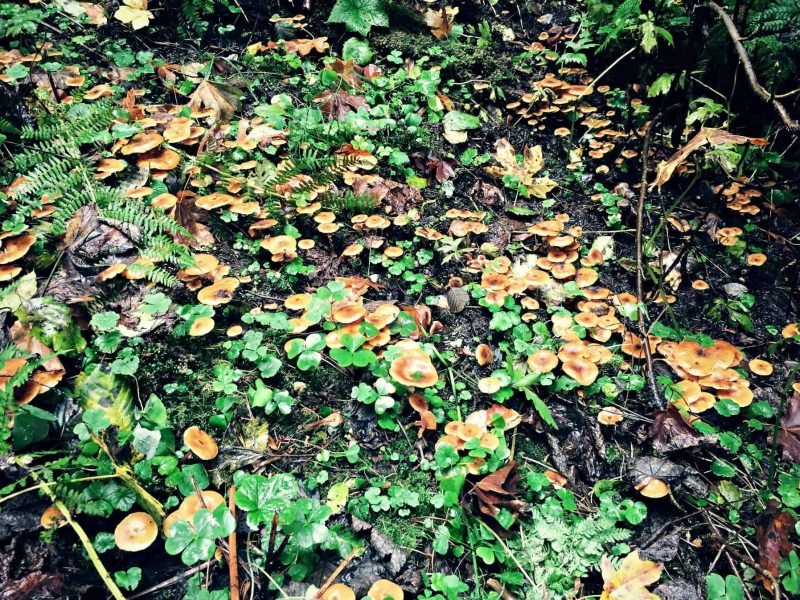 I tried to identify these ones that grew in huge colonies, but couldn’t quite pin it down. Does anyone have any idea what they might be? Here is a close up of the same variety. 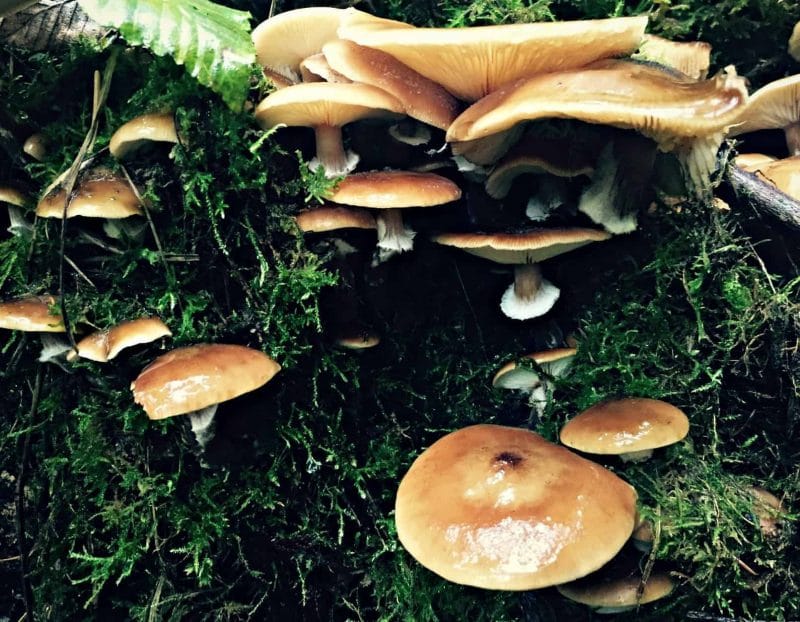 Anyways, that’s about it for this past week, an orange calendula and more shrooms! I had a great week (it was my birthday!), and I hope you did too. Have a fabulous Halloween and be safe. And get out in the woods among the mushrooms, you won’t regret it!