Well, it was like a light switch was turned from summer to fall last week. We went from highs in the 90’s to cold enough to light our woodstove in a matter of days. Fall is in the air, and that’s ok with me because it’s my favorite season! We still have a few warm days ahead of us, but the nights are clear and crisp. While I may not be one to indulge in pumpkin spice lattes (pumpkin beer, maybe?), I’m definitely getting into the harvest season mentality. Starting with preserving, of course. 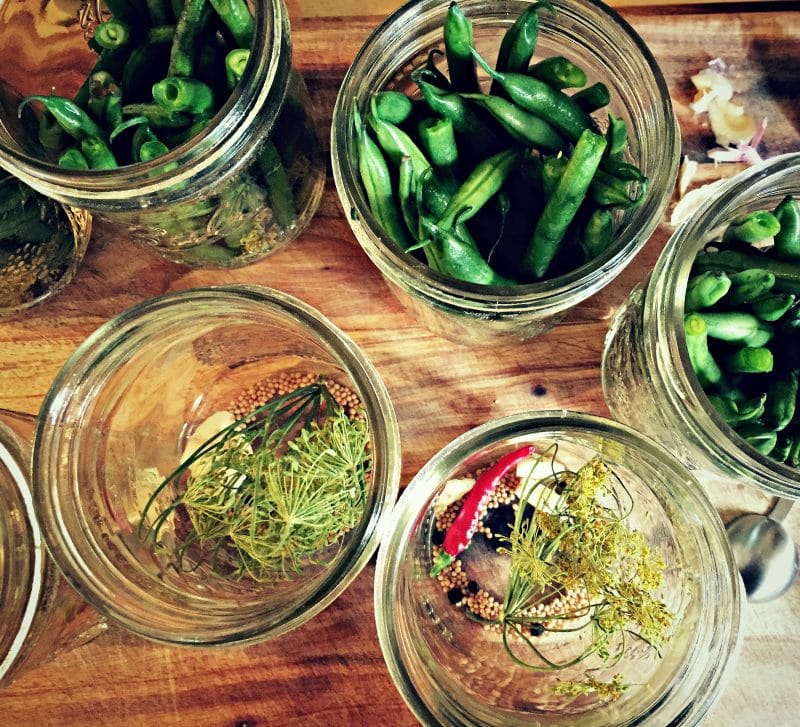 I made lacto fermented dilly beans a few weeks ago, and while I absolutely love them, I also crave my Mom’s vinegar based dilly beans. I  came into a large amount of green beans a few days ago, so I canned up a batch. I haven’t tried them yet as they are supposed to sit for a couple of weeks before opening, but I’ll let you know how they turn out! 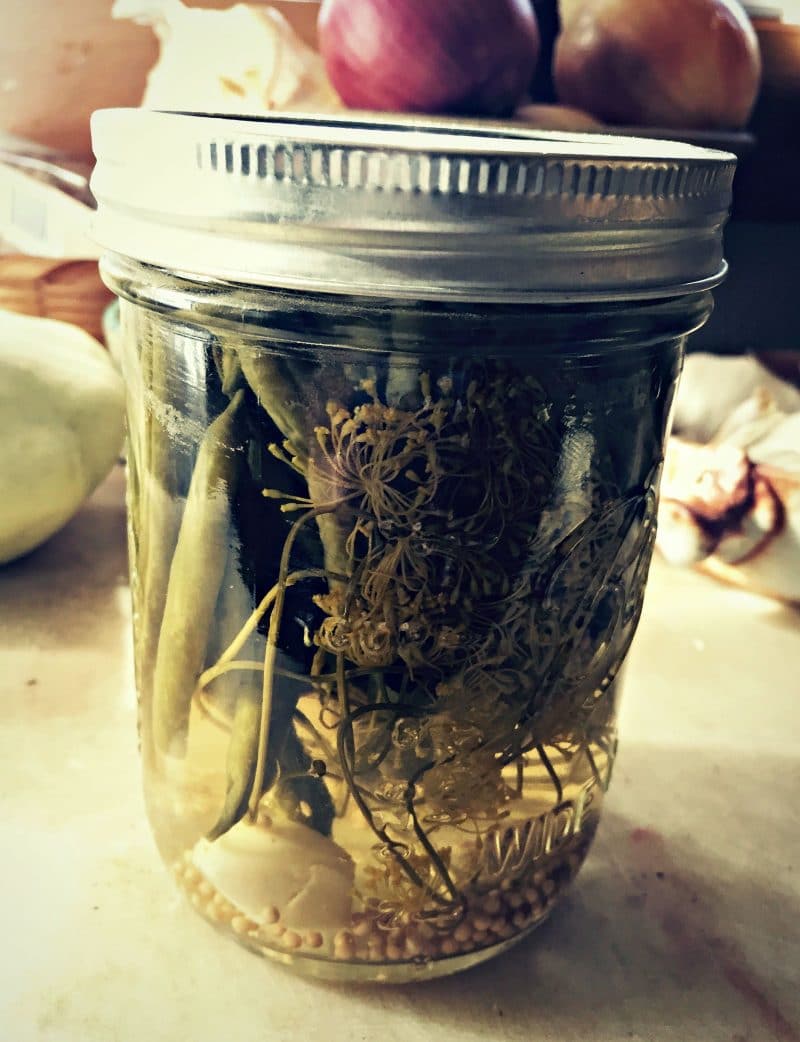 I’ve also been drying the calendula flowers we’ve been getting as they bloom. I’m hoping to get enough to make an infused herbal oil sometime this winter. 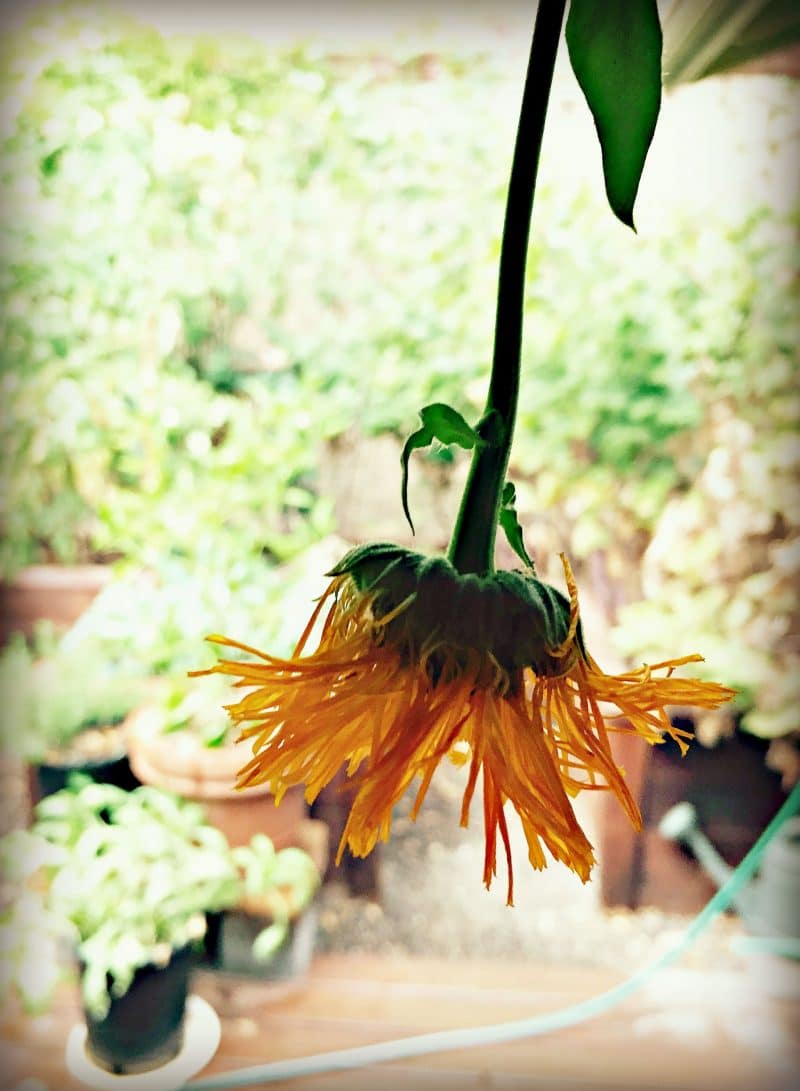 Last Wednesday we had the coldest day of the season so far, I even broke out my fingerless gloves that were knitted for me by a great friend last year. I actually can’t wait until I can wear them every day! I know, I’m crazy. 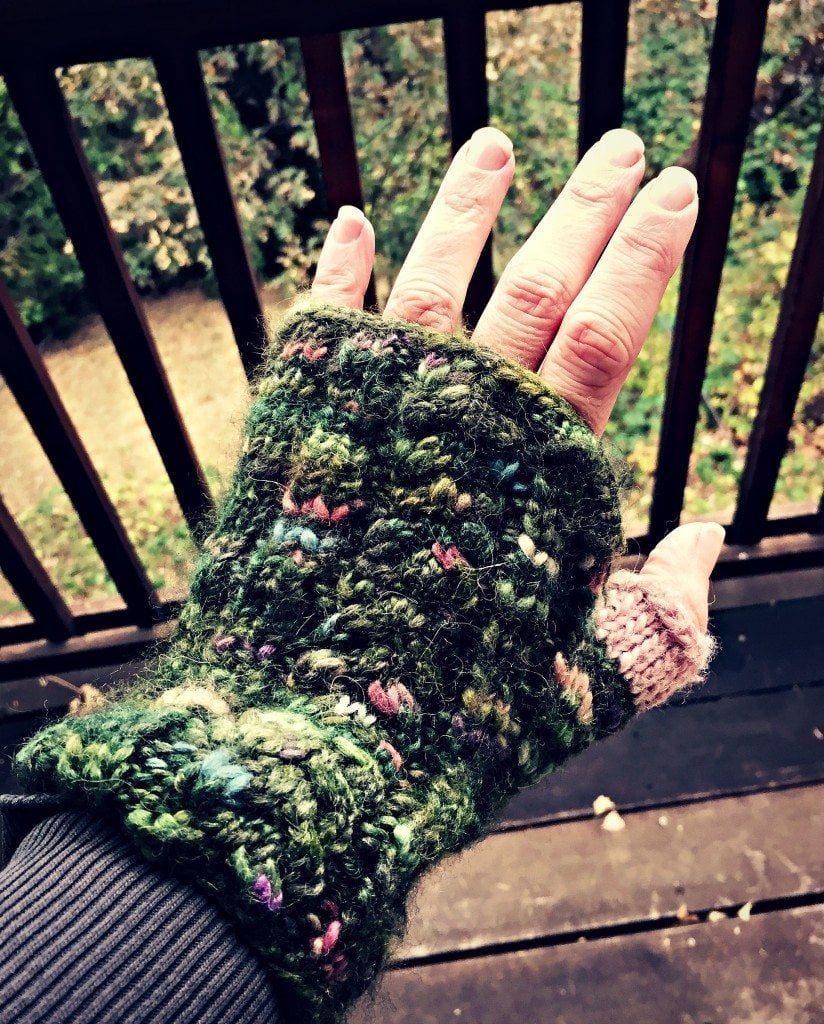 We had to bring our turmeric plant inside as it can’t handle the colder weather. Then we had to put a cage around it so Cosmo the Kitten wouldn’t eat it! The projects never end. 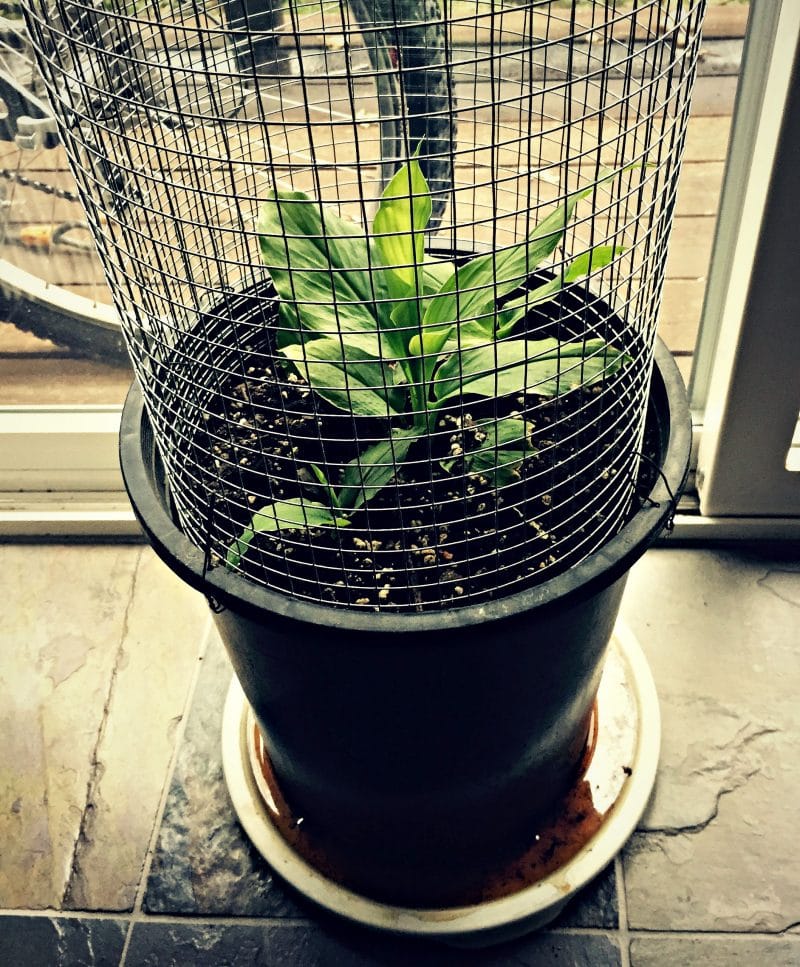 Joel brewed up a new batch of beer, while making chicken stock on the back burner. Perfect cold weather activities if you ask me! 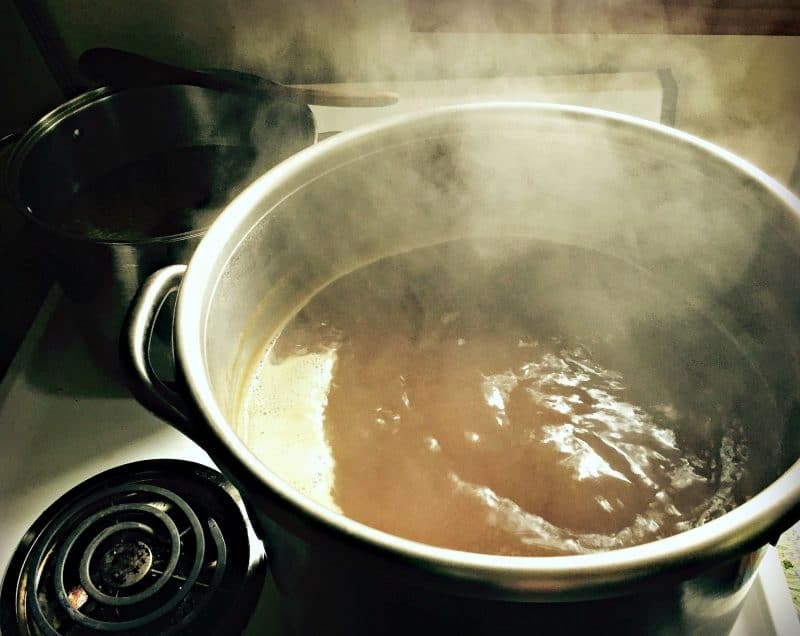 I’ve been working on my elderberry mead, racking it and such. Don’t fret, I’ll be telling you all about it soon enough! But, during the brewing process, the honey I was using was in a honey bear container, and since it was raw it had crystallized a bit and had become pretty thick. There’s no way this honey was coming out of the small opening in the top, so I had to to do some honey bear surgery. It felt rather weird to cut off the honey bear head, but sometimes you gotta do what you gotta do! All for the sake of mead, I think the sacrifice was worth it. 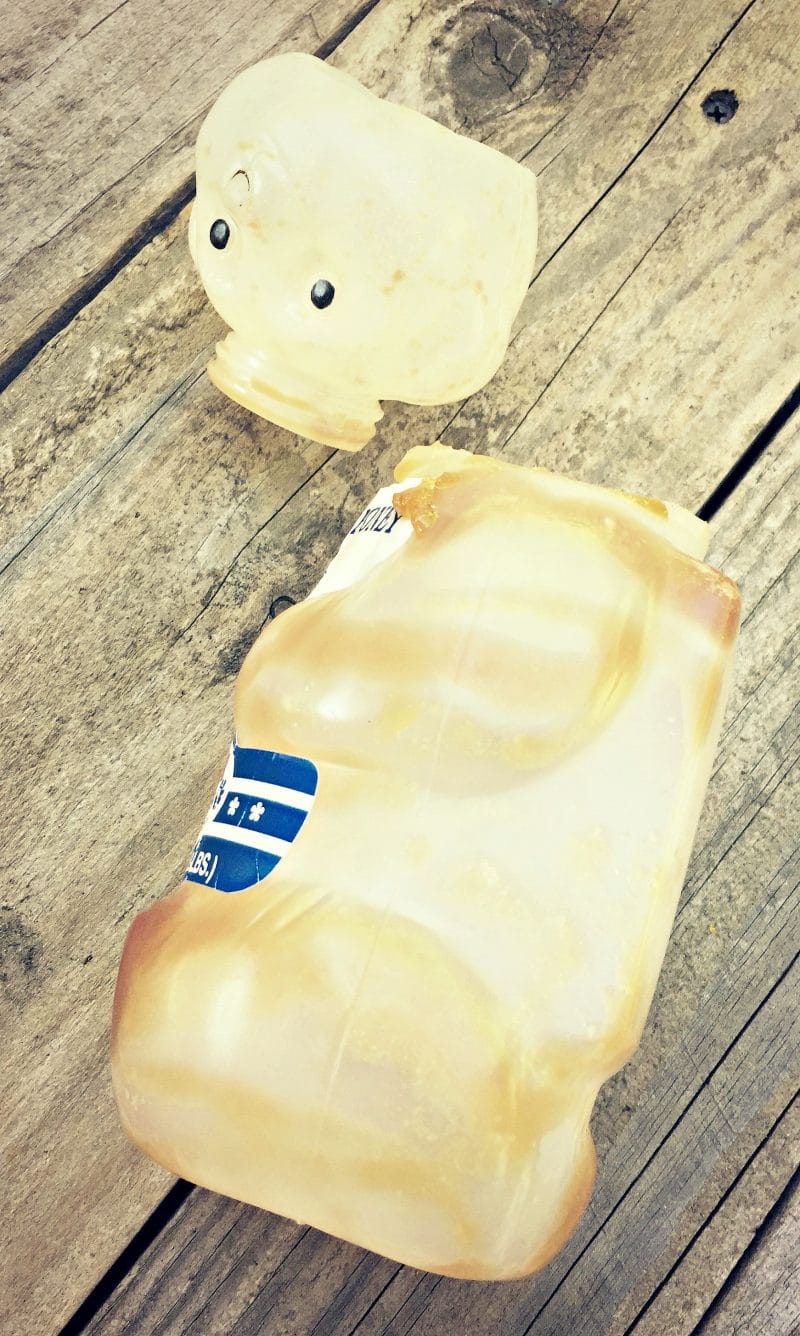 I’ve also been making Jun, which is similar to kombucha, but made with green tea and honey instead of black tea and sugar. One batch went a little longer than I had planned and it tasted way more vinegary than I like (and I actually like it pretty strong, but this was just too much). So I decided to just go with it and transferred it into another container without the SCOBY, hoping to make jun vinegar. I didn’t think there was enough sugars left in it to form much of a new SCOBY, but I was wrong. Several weeks later this is what I have: 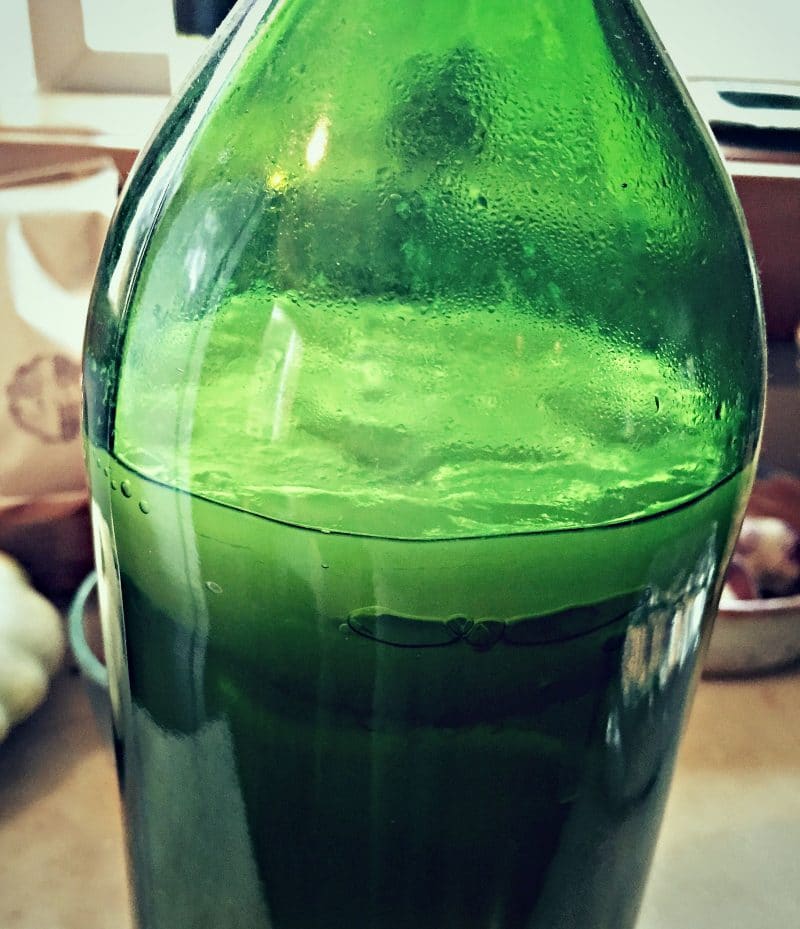 The trouble is, it’s in a narrow necked wine bottle, so I won’t ever be able to get that SCOBY out without breaking the bottle! Fermenting problems.

Last but not least, in the garden there still is a small bit of growth. The parsley has some flower buds, which will be awesome for bees and other beneficial insects when they fully flower. 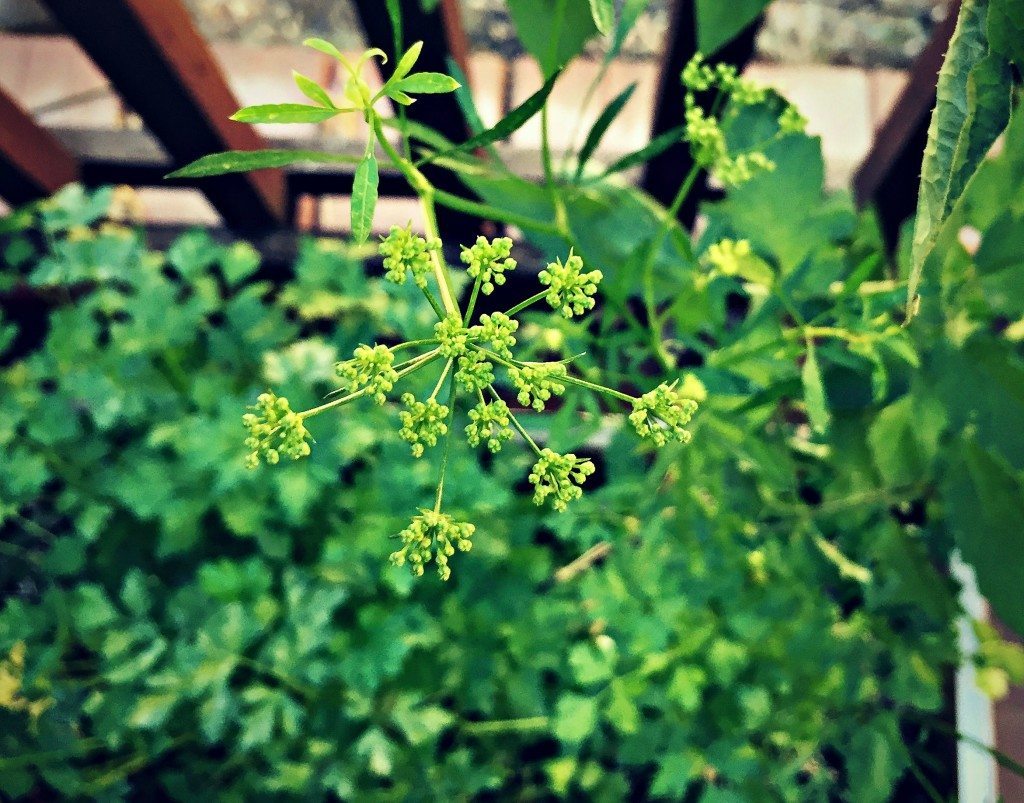 And that’s about it for the past week. Lots of indoor rainy day activities, which is fully welcomed by us. I have some exciting things to share with you in the coming weeks (elderberry wine, for one!), so stay tuned!

Hope you have a lovely weekend!