Well, I’ve been a day late and a dollar short all week, which is why I’m writing this post a full day later than I usually do. Besides the fact that we’ve been super busy and had to totally rethink our property buying plan, our internet has been on and off all week, which makes blogging difficult! It’s ok, though, sometimes it’s good to mix things up a bit. Who knows, maybe I’ll like doing the updates post on Saturday rather than Friday… I’m flexible! Which is how I’m trying to be for all of the other happenstance things that are going on right now.

Whenever I’m bummed about these things, at least I can look outside to our sunflower patch that is blooming like crazy right now. 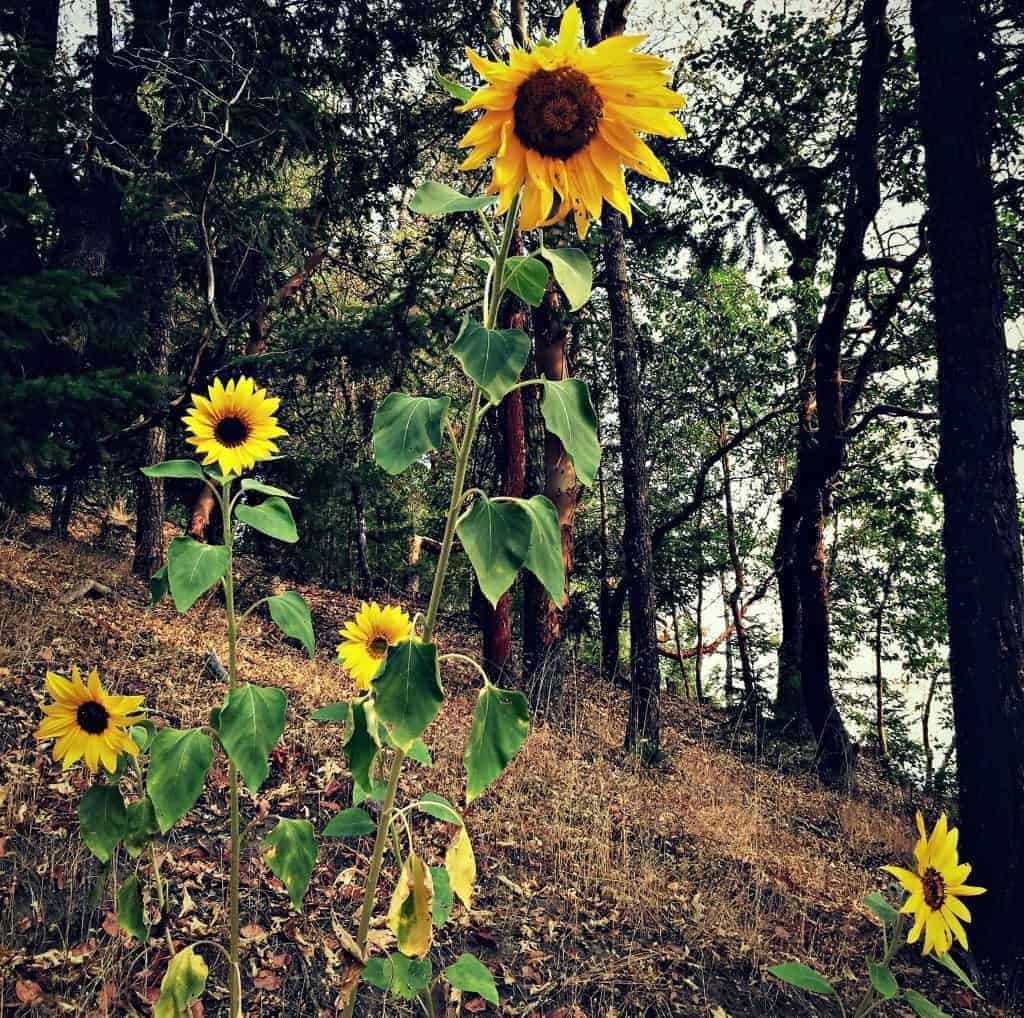 Sunflowers were put on this Earth to make people smile, I’m sure of it! I’m excited to get some seeds from them eventually. 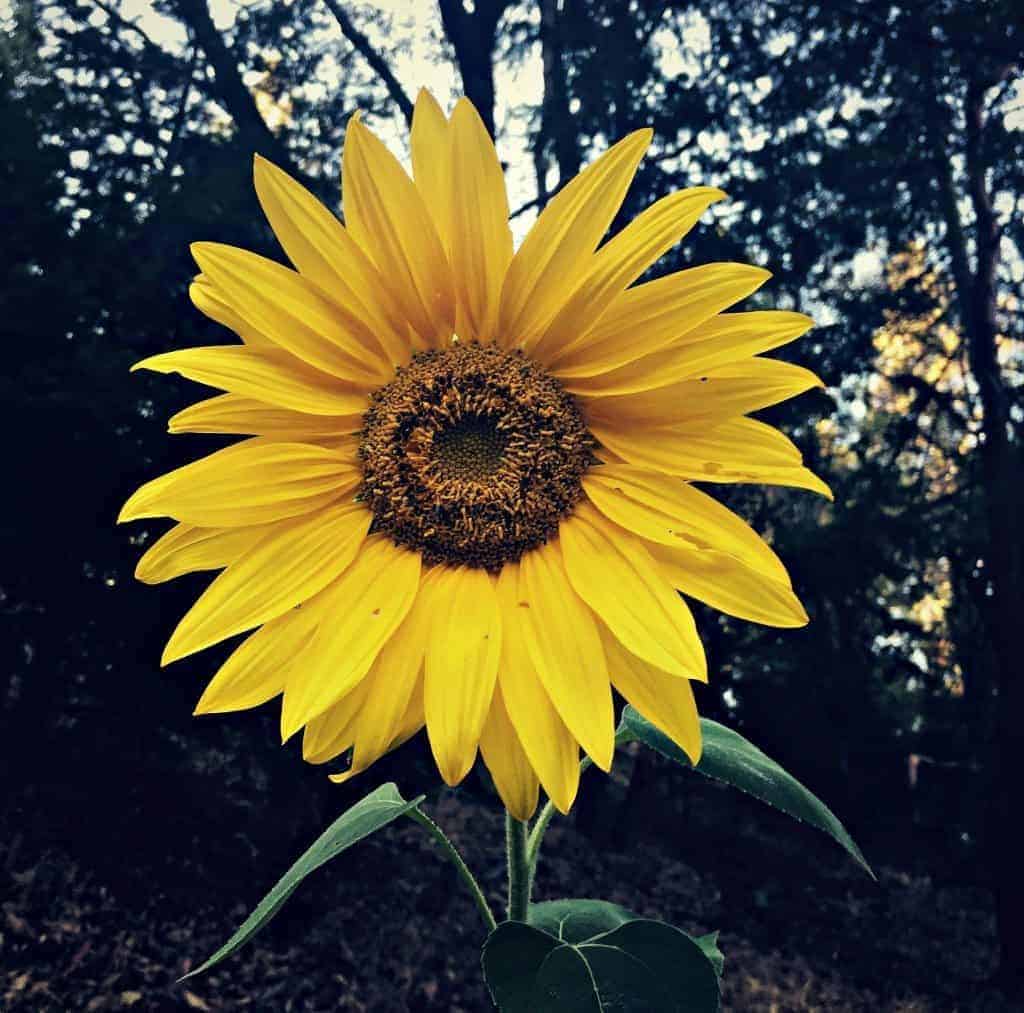 We’re also just starting to get a few baby eggplants! It’s late in the season, I know, but hopefully they’ll get a little bigger before we’re forced to pick them. 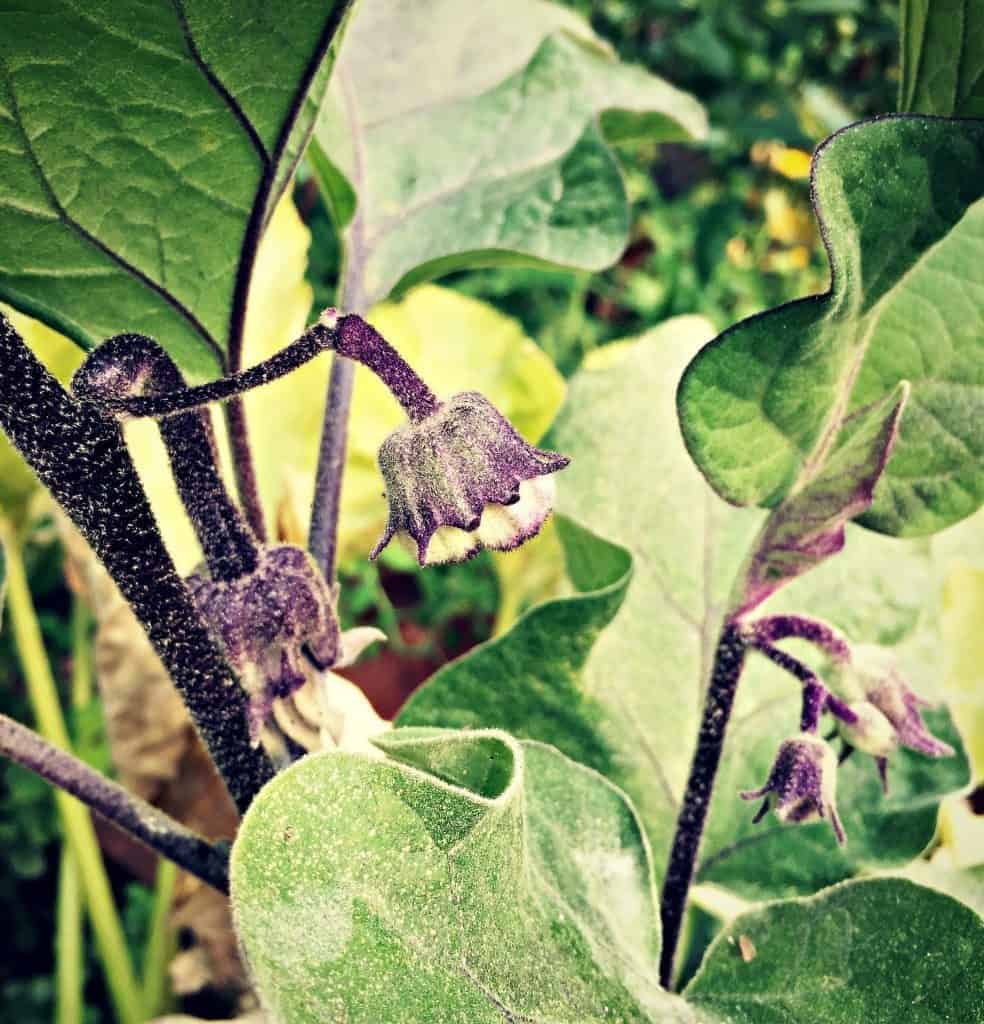 The tomatillos that I thought were never going to fruit are finally starting to produce some husks. It’s late in the season for them as well, but we still have plenty of warm days ahead… Warm enough to ripen these tomatillos? I’m not sure, we shall see! 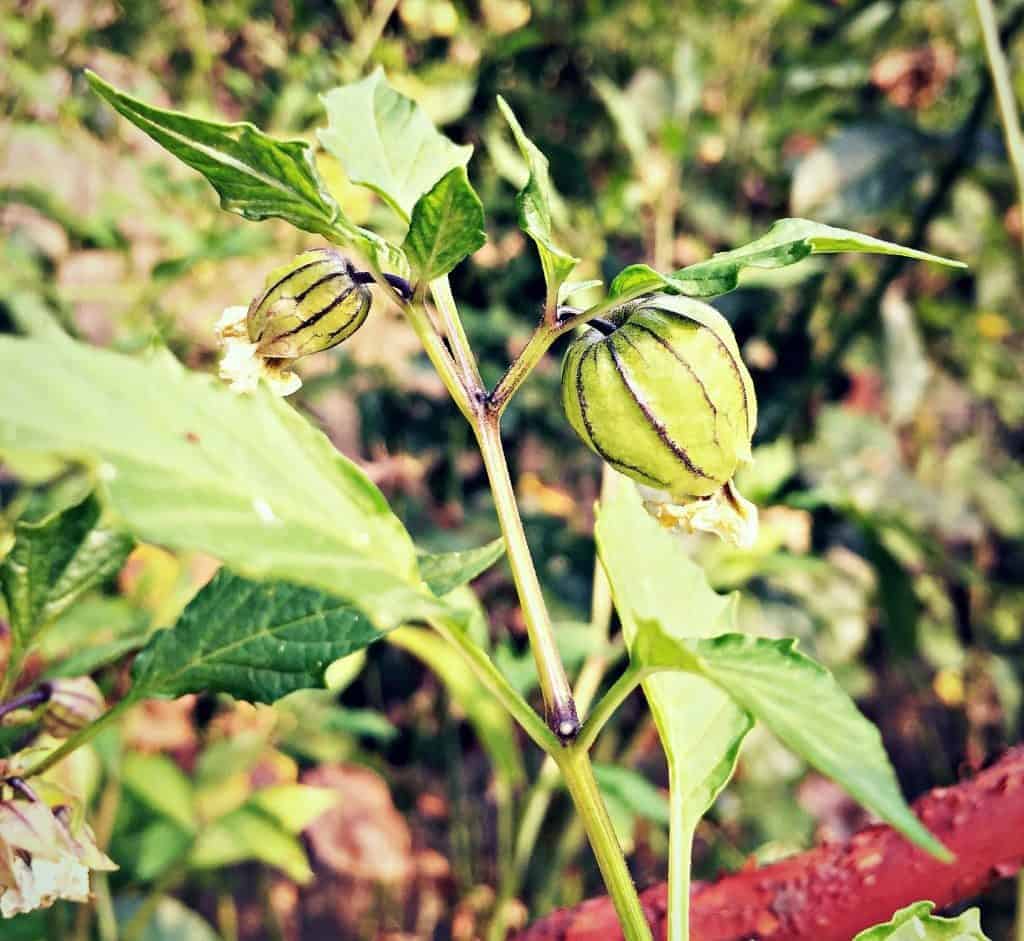 The green beans are still producing, I may even do another batch of dilly beans. I might make my Mom’s recipe this time, with vinegar and water bath canning. I like both varieties so much! 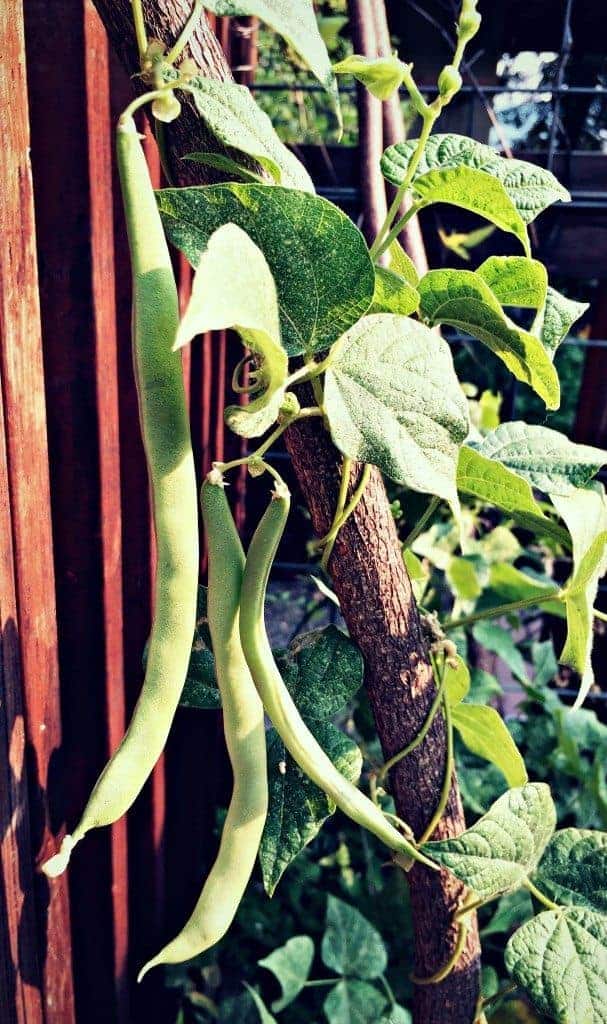 The amaranth has flowered and I think has fully gone to seed. I need to dig into it a little more to see if there are actually seeds in there. If you look closely in this picture you can see Cosmo in the background. He follows us wherever we go! 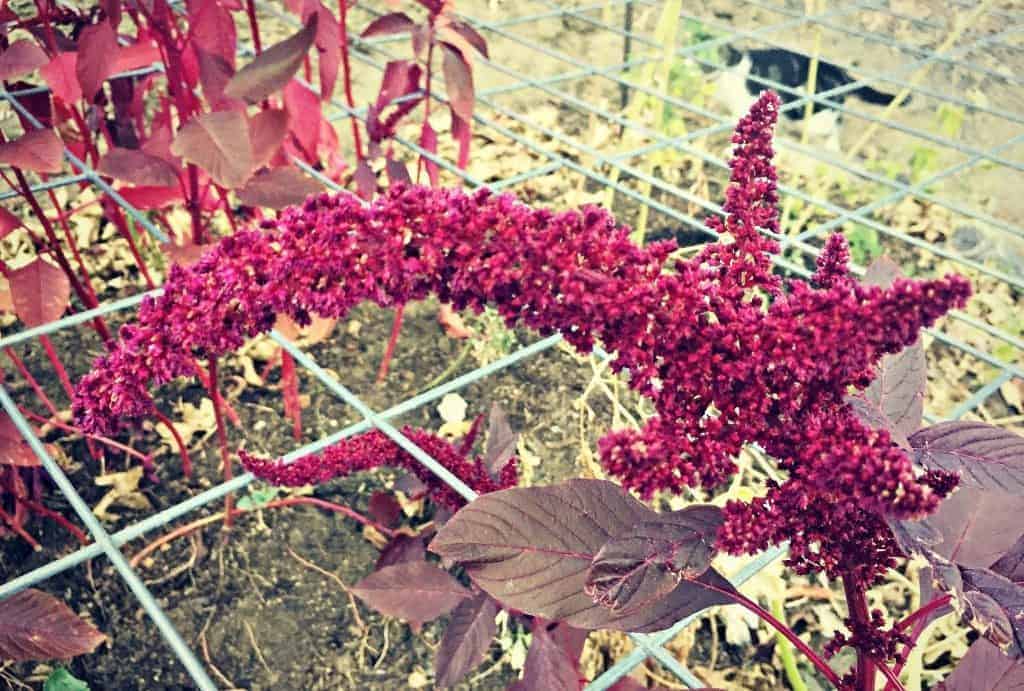 Remember in one of my updates a while back when I said we got artichoke starts? Well, in one of the crazy heat waves we had they died… at least we thought they did! There was literally nothing left above the surface of the soil, but wouldn’t you know it a few weeks later some sprouts came back up. Here they are now, I’m hoping that they will actually produce some chokes someday! 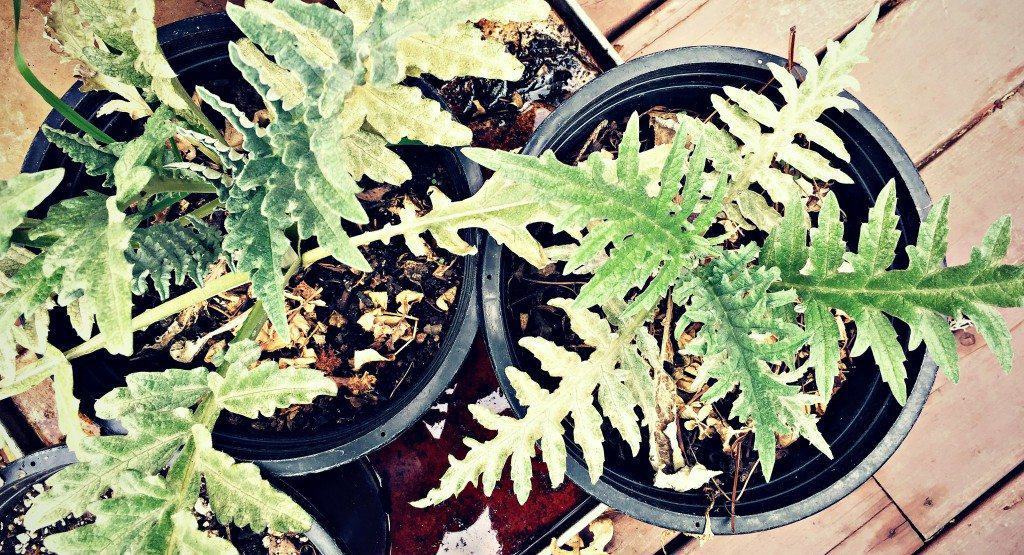 We also planted some turmeric root in a pot (that we may or may not have brought back with us from Costa Rica) that we never expected to do anything, but lo and behold it sprouted! As this is a tropical plant we’ll be bringing it inside once it really starts to get cold out, but I’m interested to see if we end up getting any harvest out of it. Turmeric tea has become a new favorite of ours! 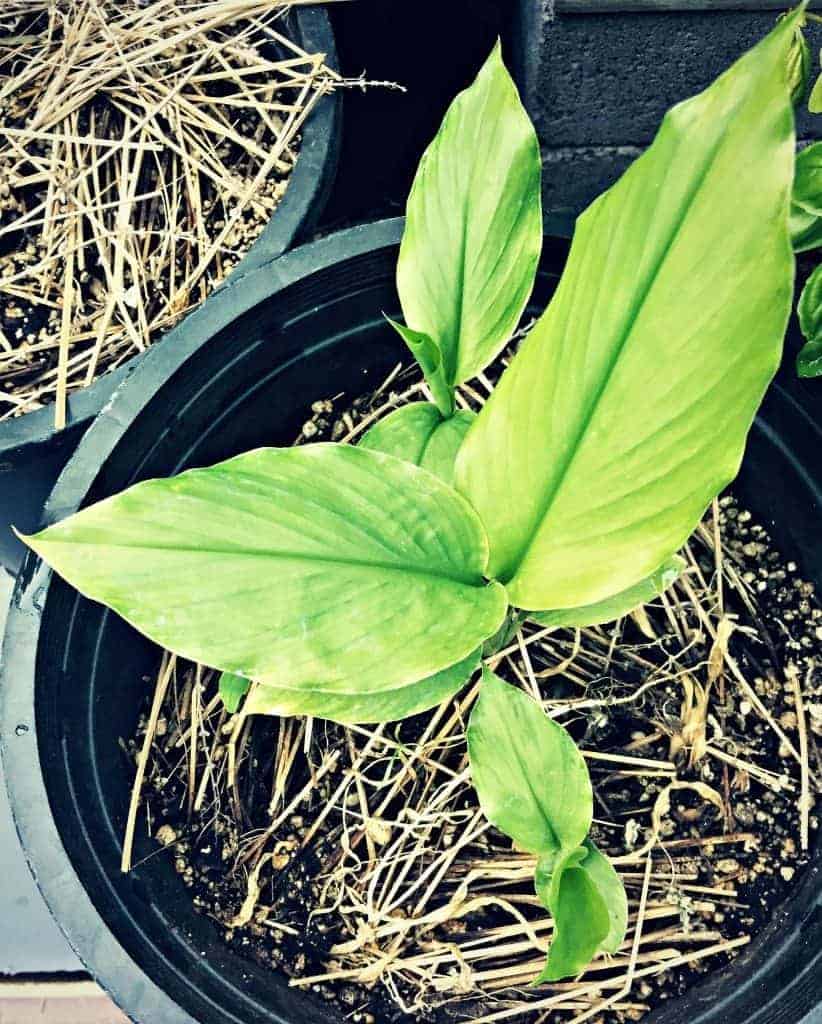 The brassicas that we planted are getting eaten by bugs, mainly just the broccoli which are in a different bed than the others. The cauliflower and brussels sprouts are doing a little bit better, but still have some holes in them as well. Not sure what is doing this as we never see bugs on them during the day time. Slugs, maybe? Or some kind of caterpillar? 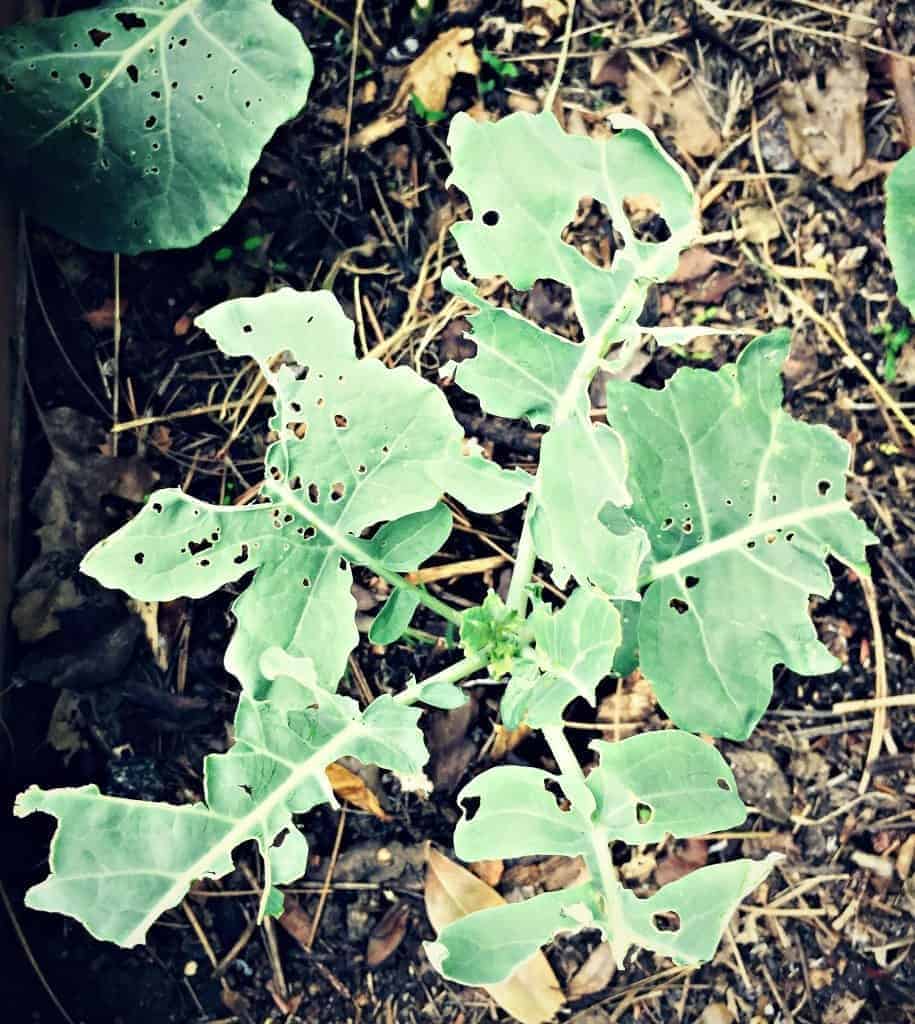 Last, but definitely not least, we got our first Calendula flower! There are several more buds ready to open which makes me really excited. Time to start thinking about make more infused herbal oils for Calendula cream and salves, as it’s such a wonderful healing herb. 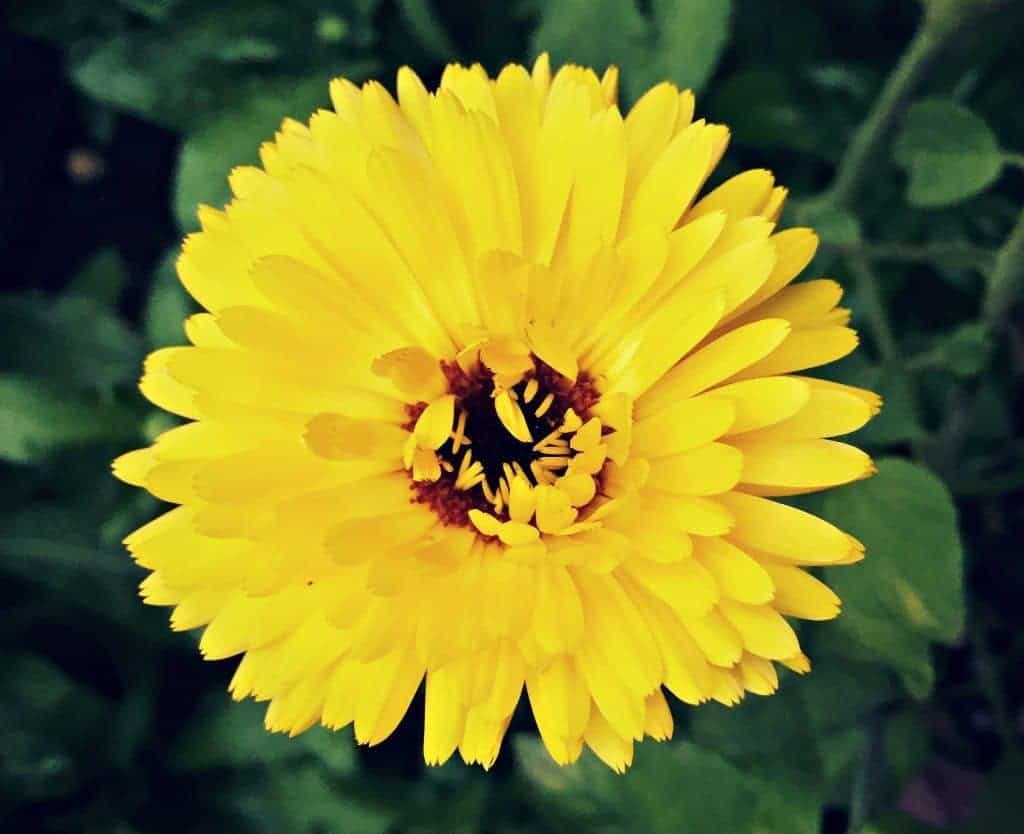 I thought I’d start and end this post with two beautiful yellow flowers, sunflowers and calendula! They sure came at an opportune time, as they have been what makes the recent days brighter for me when I’m running around like a crazy person trying to work a full time job, run a full time blog, and buy a piece of homesteading property all at the same time.

Thank you sunflowers and calendula!