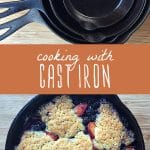 I love my cast iron skillets. I use them every single day. If they are properly cared for, they can work just as well as a non stick pan, but without all the nasty chemicals. I slide over easy eggs out of my baby cast iron skillet without effort every morning! I even use them for baking, they work perfectly for things like cornbread, rustic cakes, cobbler, and quiche. Learning how to cook with cast iron is a bit of a skill, but it’s really not that hard. Let me tell you how I do it, with a few tips and tricks for cleaning and restoring them. 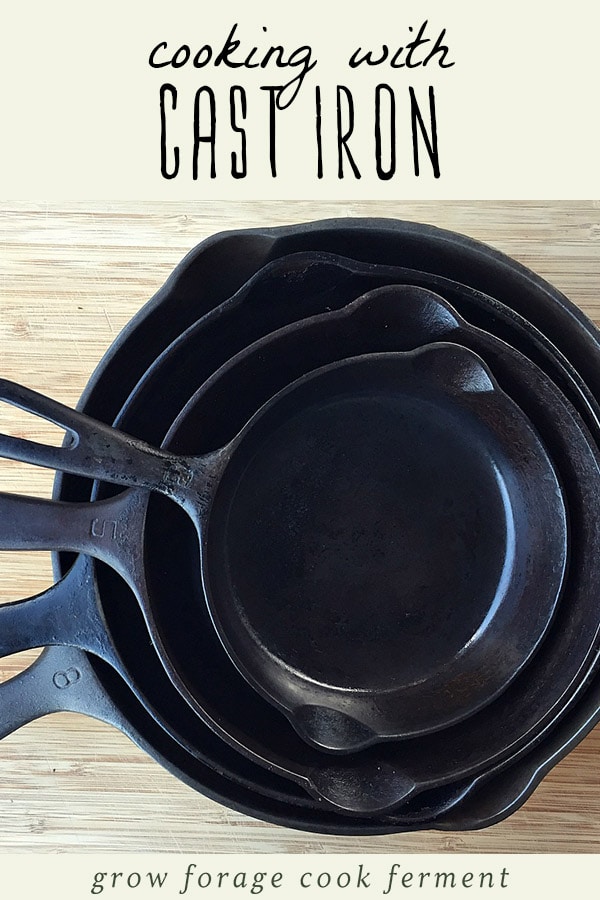 How to Cook with Cast Iron

What Kind of Cast Iron Should You Buy?

This is the real question, and there are a few things to consider here. Almost everyone will say, and I agree, that the older, vintage name brands like Griswold and Wagner are the best. They have been well used and seasoned over time, which is key for cast iron cookware, and they typically have a super smooth cooking surface. 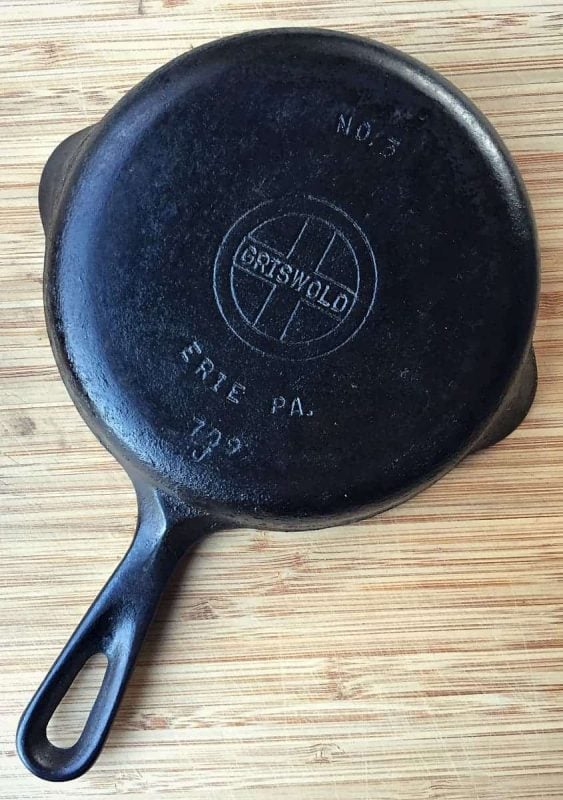 The only problem with these is that they can be hard to come by, as neither brand are in production anymore. We got most of ours at antique shops or second hand stores, and I’ve seen them listed on eBay, but they aren’t always cheap. You can sometimes find ones that are in need of some restoration for a good price, and I go over that process below. 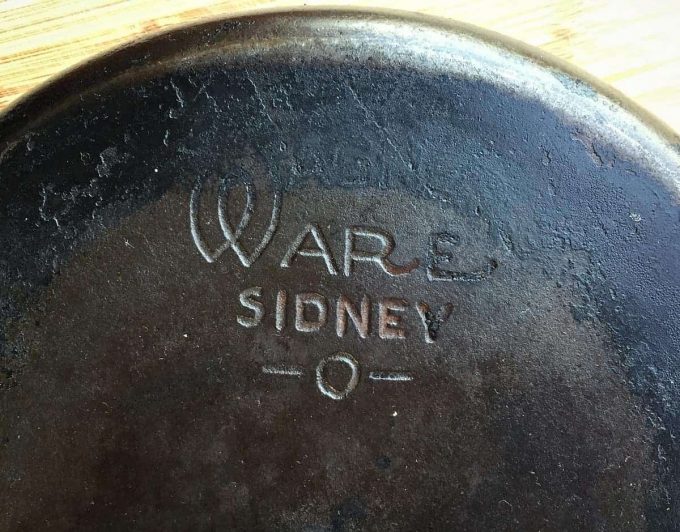 The other option is to get a new cast iron, and Lodge brand is the most popular one that people usually go for. They are inexpensive and work well, but do not have that smooth shine that is so sought after. The reason for this is that they come “pre-seasoned”, which is really not ideal. However, they do work, it just may take a while of use before they become as non stick as a vintage pan.

If you do find a good deal on a vintage cast iron that needs a little love, it can be done. Depending on what shape the pan is in, it will take a little or a lot of elbow grease, but it’s worth it in the end! My husband Joel restored this Wagner skillet into a thing of beauty! Just look at that shine. 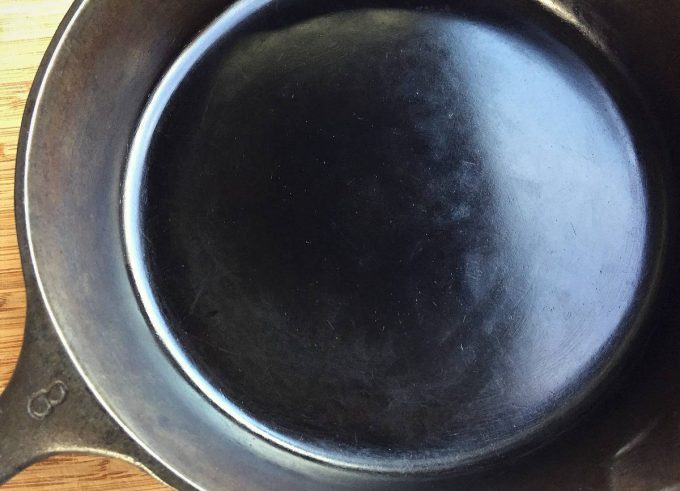 Most often, cast iron skillets in need of restoration will have areas of rust and/or caked on debris. This can be removed by using a wire brush set that will fit onto a drill. It may take a while and some patience before it’s finished, so it’s a great project for a rainy day (or two). If the pan is really bad, you may need to completely strip it of everything first before using the brush. There are detailed instructions on how to do that on Common Sense Homesteading.

After you’ve cleaned off all the rust and debris, the pan will need to be seasoned again. This is also how you will re-season any cast iron pan that has been completely stripped of its seasoning. Coat the entire pan with a very thin layer of oil, one with a higher smoke point like coconut oil is best (but some people swear by bacon fat). Wipe off any excess oil and put upside down in a 400°F oven with a sheet pan on the rack below it to catch any drips. Carefully remove after two hours and let it cool completely.

Ideally you want to do this whole process three times total to achieve proper seasoning, but you can also just cook a whole lot of bacon in the pan before using it for other cooking.

The first step is to scrape out all of the food bits that are left in the pan. The best way to do this is with a metal spatula that has rounded corners. If there is food caked on, you can also add a little bit of hot water to the pan as you scrape to help loosen it. 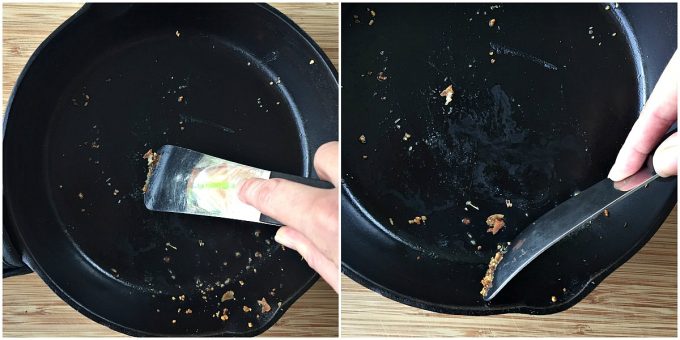 Once all of the food bits are released, run the pan under hot water to rinse it out. Do not use soap of any kind or rough sponges, as that can ruin the seasoning. If you have a well seasoned pan, most of the water will just bead up and drip off. 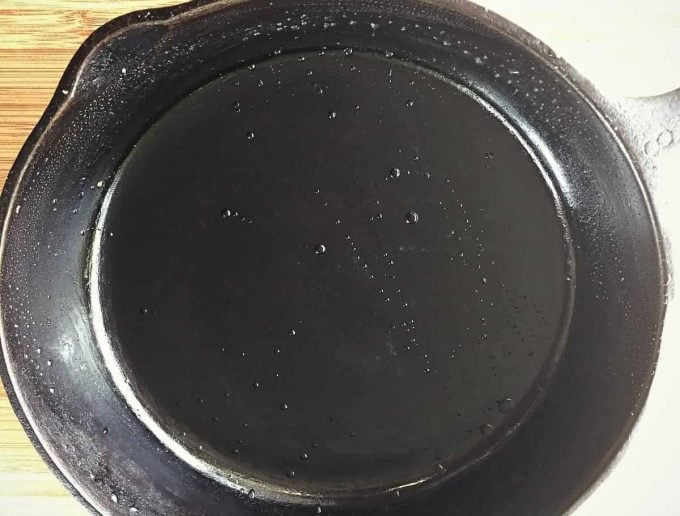 Dry the pan very well, either with a paper towel or a designated “cast iron” towel, as it will get oily and black pretty quickly. Make sure you get all the water off the pan, otherwise it will rust. 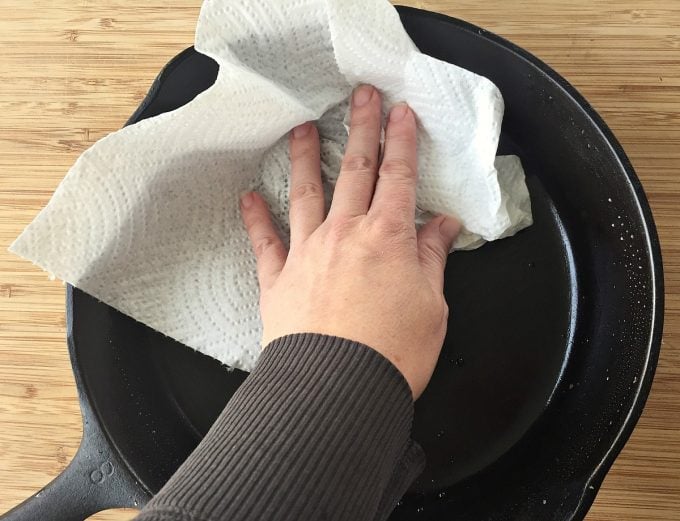 If your pan isn’t well seasoned, you will want to rub a little bit of oil into it after cleaning. Any type of oil will work here, olive, coconut, bacon fat, whatever you have around. This will help to build up a nice seasoning on the skillet. And that’s all, it’s now ready to be used again!

This is the most fun part about having a cast iron skillet, cooking with it! I use mine for everything, from sauteing veggies to cooking eggs to making desserts. The nice thing about cast iron cookware is that they can go from stove top to oven without any worry.

I have every size and shape, from small enough to perfectly fit two eggs to large dutch ovens that I make my No Knead Sourdough Bread in. One of my very favorite dessert recipes to make in cast iron is this Blueberry Cornmeal Skillet Cake. Delicious! 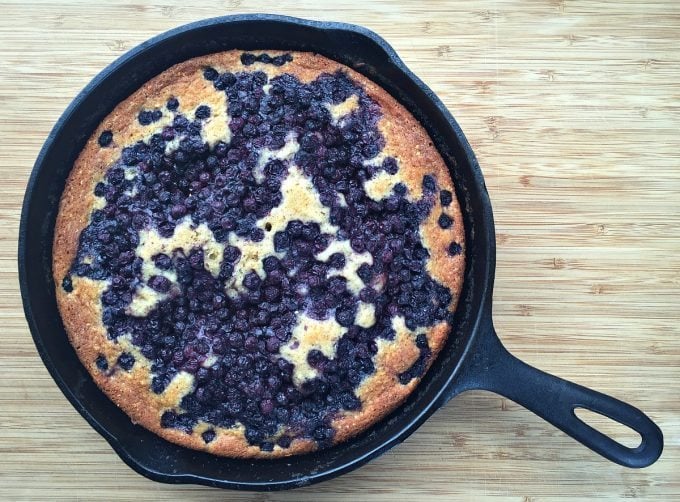 I actually have several recipes on this blog that use cast iron, mostly desserts and bread making. Here are the rest of them, but don’t forget that you can use your cast iron cookware for almost anything!

You can also find some great recipes and inspiration on my Cast Iron Cooking Pinterest board!

I hope this gives you some ideas for how to cook with cast iron! What is your favorite thing to cook in your cast iron skillet?