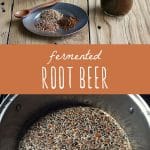 I wasn’t allowed to drink much soda pop growing up (thanks Mom!), but I did have the occasional root beer when we went out to eat. It was always my favorite with its distinctive flavor that was so different than the regular boring colas. Little did I know back then that the root in root beer meant just that—roots! Traditional root beer is actually made with real roots and herbs. Fast forward a bunch of years, and here I am putting the root back in root beer with this fermented root beer that’s made with a ginger bug! 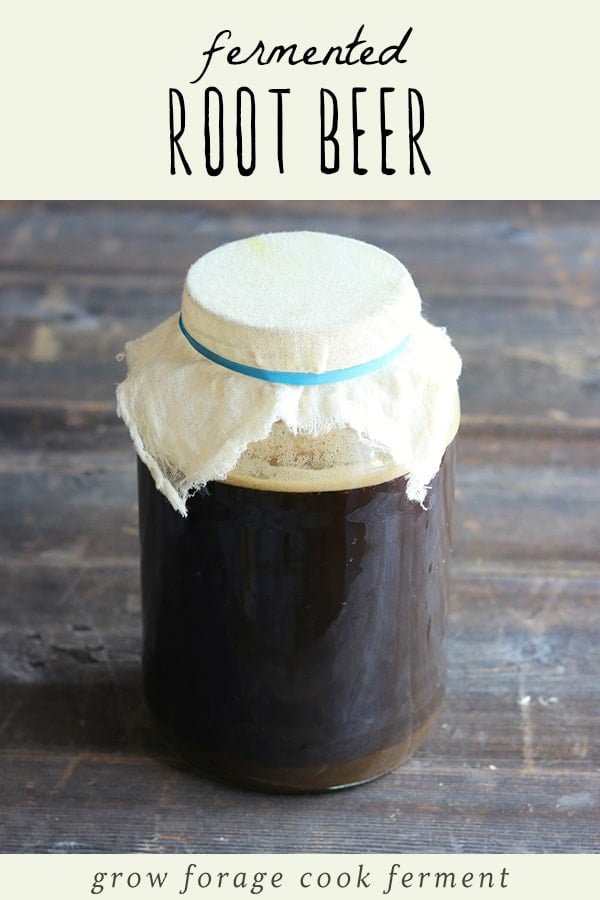 The Roots and Herbs in Traditional Root Beer

Many different roots and herbs have traditionally been used to make root beer over the years, but the primary one is sassafras root and bark. In recent years, because of a debatable controversy over the safety of sassafras root due to its safrole content, wintergreen has become the primary flavoring agent.

Beyond sassafras and wintergreen, many other roots, herbs, berries, and spices can be added for more flavor, depending on your preference. Some common ones are birch bark, sarsaparilla, licorice root, wild cherry bark, ginger, cinnamon, cloves, dandelion root, burdock root, juniper berries, and anise. 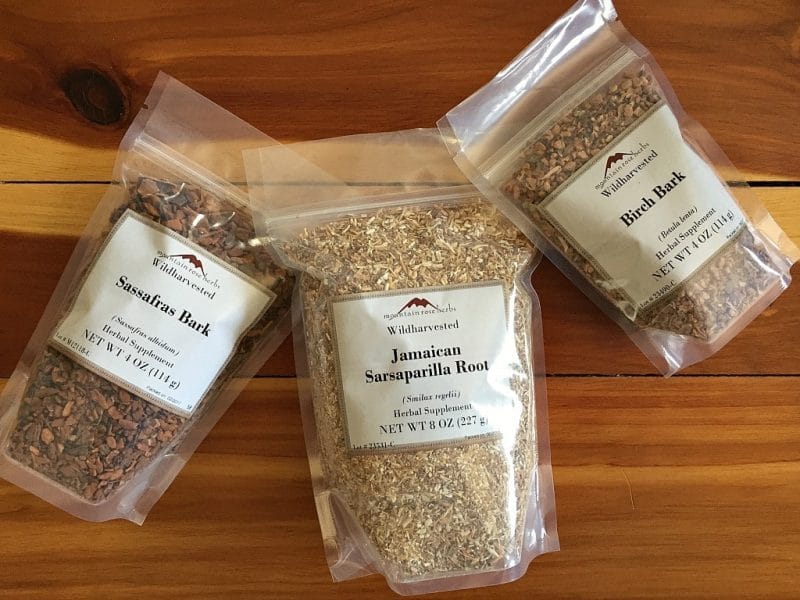 I decided to stay pretty traditional and use sassafras, sarsaparilla, and birch bark, all from Mountain Rose Herbs (my favorite place to purchase high quality, organic herbs and spices). Feel free to add in any other herbs, spices, and roots that you’d like. 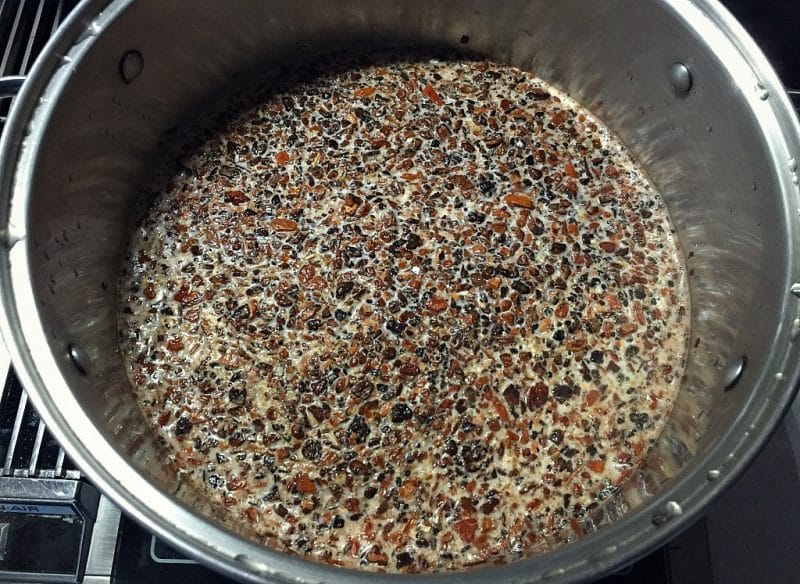 The first step in making this fermented root beer is to make a ginger bug. Since ginger root is also a common ingredient in root beer, this seemed like the perfect choice. You can follow my recipe for making a ginger bug here. 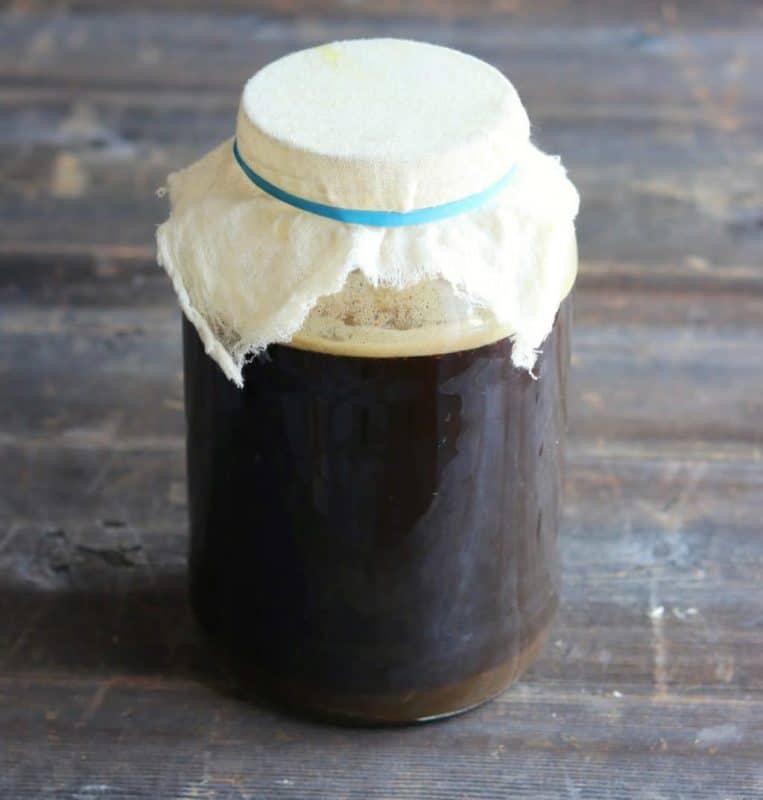 This homemade root beer is so delicious, exactly what real root beer is meant to taste like. I think it’s my new favorite fermented soda!

It even foams up like it’s supposed to, no artificial foaming agents needed (yes, that’s a thing). 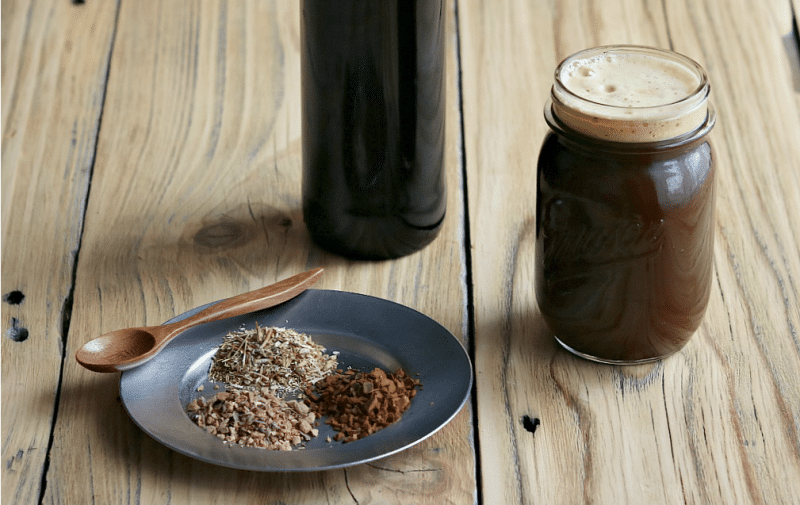 If you’re interested in making more homemade fermented sodas and beers, I have a few recipes for you:

Now go get yourself some roots and bark and make some refreshing fermented root beer! 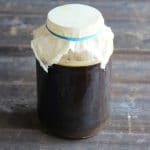 Find the instructions for how to make a Ginger Bug here: https://www.growforagecookferment.com/how-to-make-a-ginger-bug/