Home » Grow » Growing Herbs » The Many Uses of Rosemary
52.8Kshares 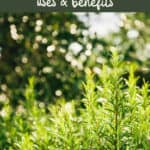 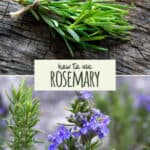 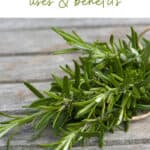 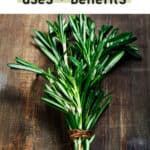 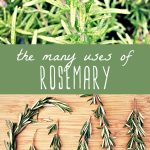 To me, rosemary is a given. What I mean by that is, whatever life gives me and wherever I end up, I will always have rosemary. While thyme and sage are also amazing perennial herbs with multiple uses, for some reason I have a special fondness for rosemary. It may have started in my early days of learning how to cook, as it was an approachable herb that I could easily add to savory dishes. Maybe it was because I actually knew what it looked like as a plant, whereas back then most other herbs were an absolute mystery to me. It also probably had something to so with the sourdough rosemary bread I used to buy on a regular basis to dip into my vegan soup (yes, I was vegan!). Regardless, somewhere along the line, rosemary got into my heart, and now I couldn’t bear life without it. Today I will talk about the many uses of rosemary. 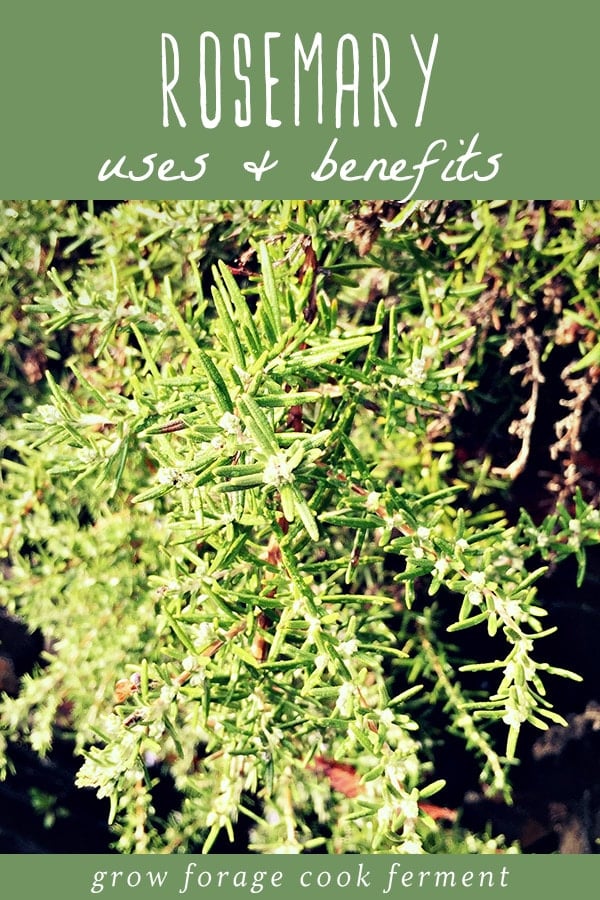 Rosmarinus officinalis is rosemary’s official Latin name, and it’s native to the Mediterranean. This makes sense as it does extremely well on the west coast, which tends to have a somewhat similar climate. It grows in California like a weed, and is a super common “ornamental” plant here in Oregon. It is deer resistant and drought tolerant, so that helps to make it flourish out here. It is definitely a plant that everyone should have in their garden. It is easy to grow and doesn’t require a whole lot of care. 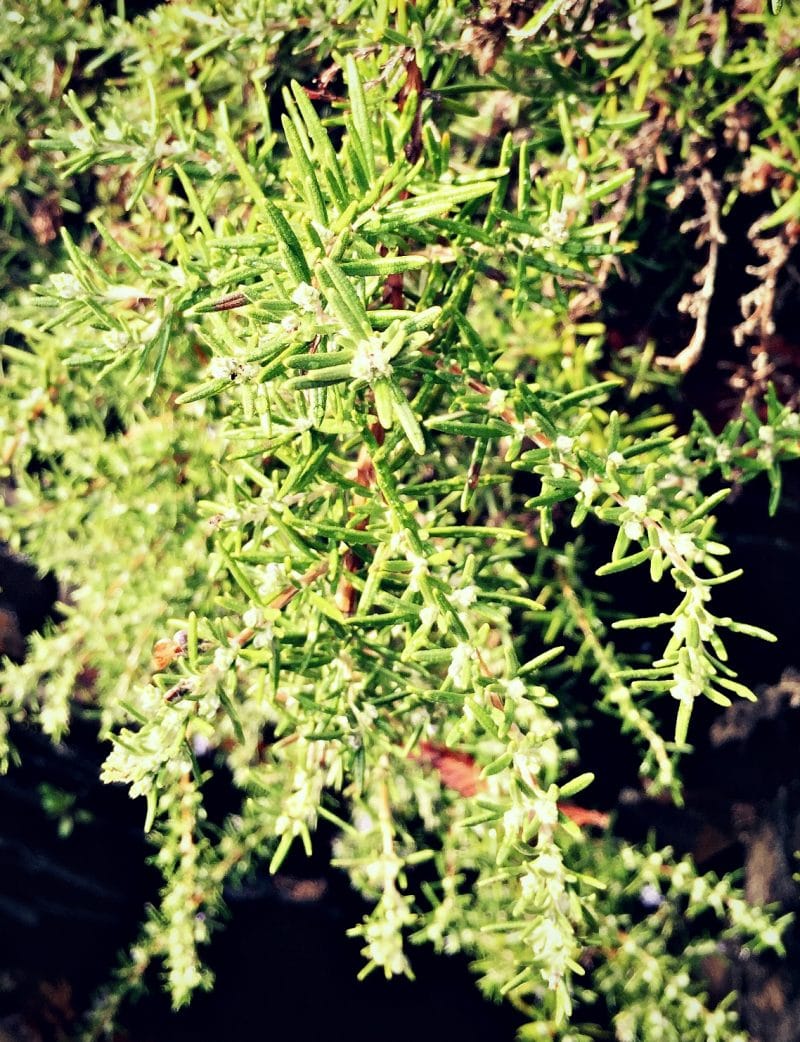 In the rare times of my life when I haven’t had a rosemary plant to call my own, I never had to go very far to find a giant bush where I could glean a sprig or two for my bread. Usually, though, I always have at least one plant growing, if not multiple. 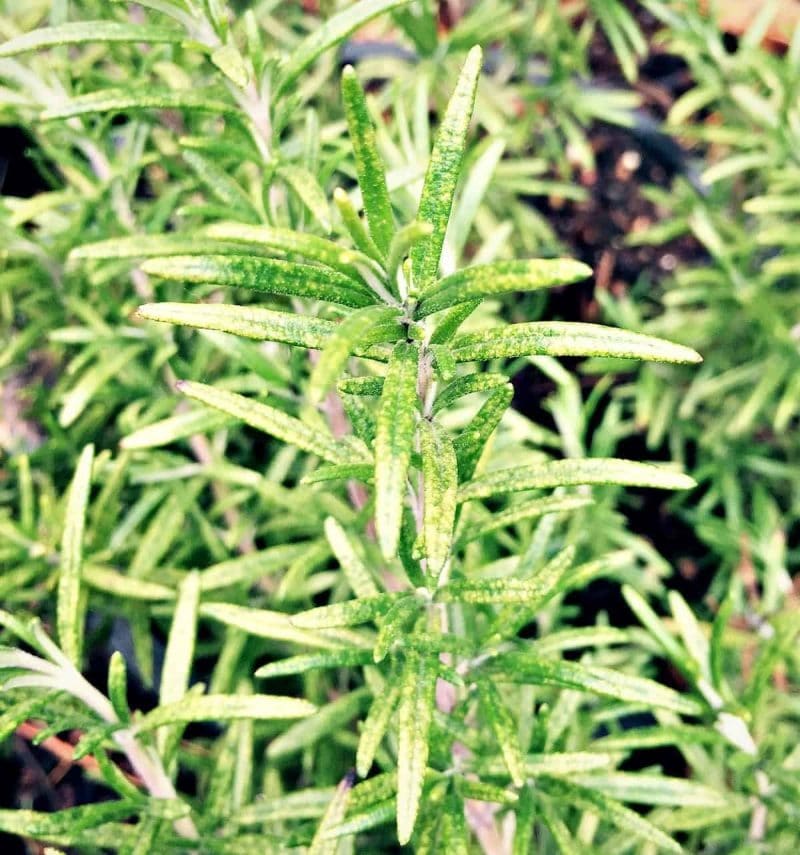 Rosemary is fairly frost tolerant, but if you get hard freezes for weeks on end you may want to keep it in a pot and bring it inside for the winter. A little snow isn’t going to hurt it, though! In fact, it seems to like it. 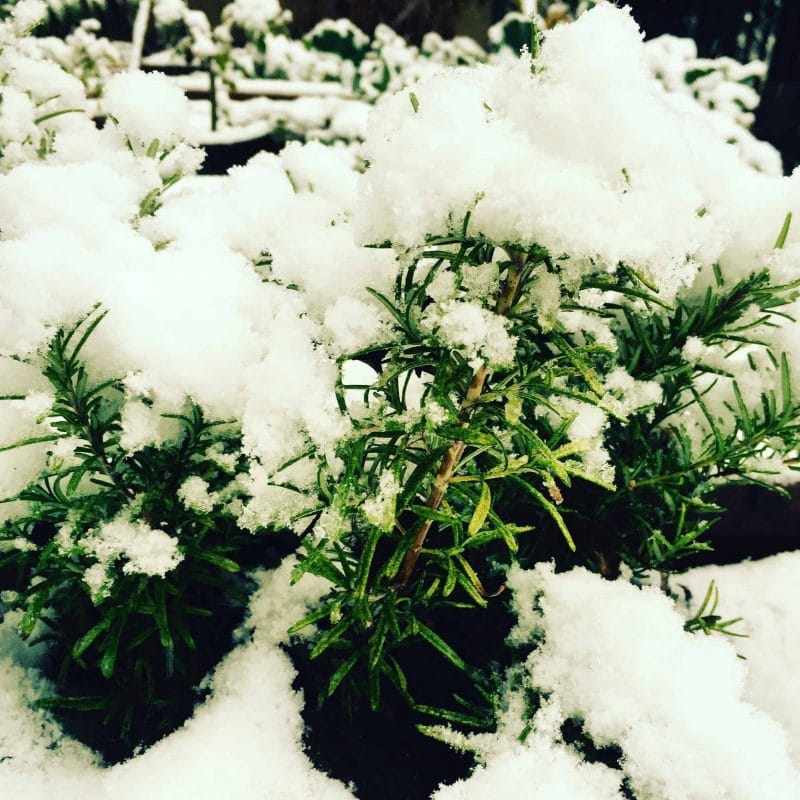 Be advised if you do bring it inside, that it loves sunlight, so be sure to put it in your most south facing, sun loving window. I honestly haven’t had a whole lot of luck with bringing rosemary inside for the winter because I have a hard time giving it the light that it loves. Because our winters are relatively mild, I find that the rosemary does better outside where it will indefinitely get the most light without me having to worry about it.

Rosemary will also root fairly easily from cuttings, which is how I’ve acquired several of my plants. 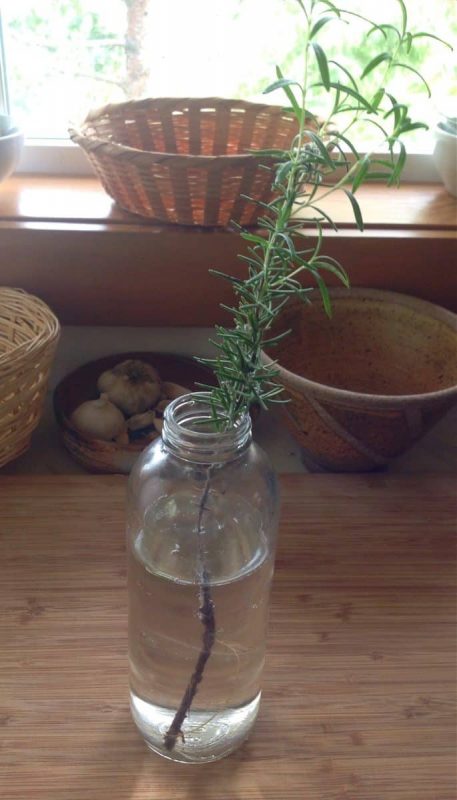 In springtime and early summer, it will be abloom of flowers, usually purple in color. The bees adore these little rosemary flowers (who can blame them?). 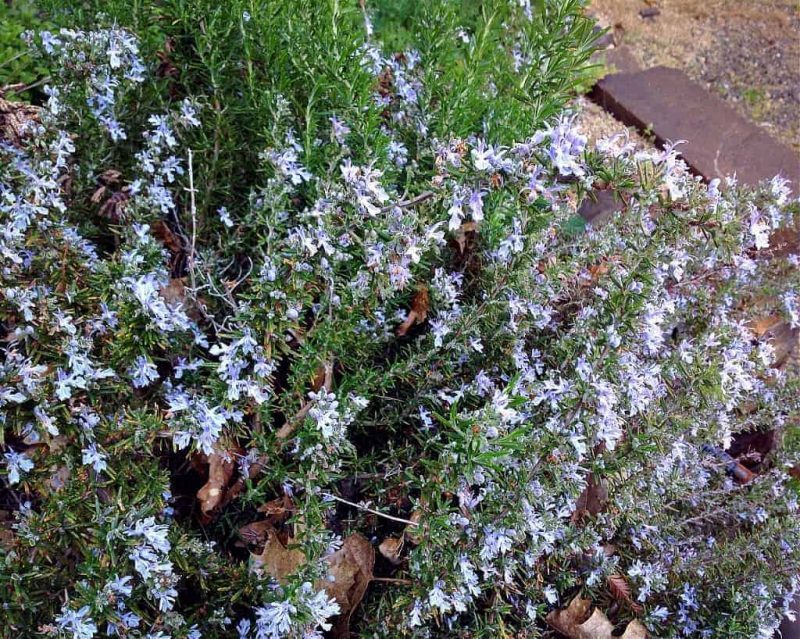 How to Use Rosemary

As far as medicinal benefits, rosemary is well known to be great for the hair and scalp (and beards!). A rosemary rinse is said to do wonders for the hair follicles, and it is a common ingredient in many hair care products, like these Rosemary Mint Shampoo Bars.

Rosemary is also known as a brain tonic, and is good for boosting memory and concentration (maybe that’s why I loved it so much when I was a college student?). It is also used for easing headaches and migraines, as well as being great for the circulatory system.

Cooking with rosemary is something I do quite often, especially during these colder months when there isn’t a whole lot of other fresh herbs in the garden. I can always count on rosemary, and it pairs well with the usual winter faire of roasted meats, root vegetables, soups, and stews. Roasted fingerling potatoes with rosemary is one of my favorite side dishes to make in the wintertime.

Rosemary can also be a nice herb to add to certain sweet treats, like these Meyer Lemon and Rosemary Shortbread Cookies.

My very favorite bread in the whole world is sourdough with rosemary. I have a feeling that I’ll be doing a post on that soon! I can only go so long without it.

Here are a few other great posts about rosemary:

That’s all I have for the many uses for rosemary. Did I miss anything? What do you like to use rosemary for?